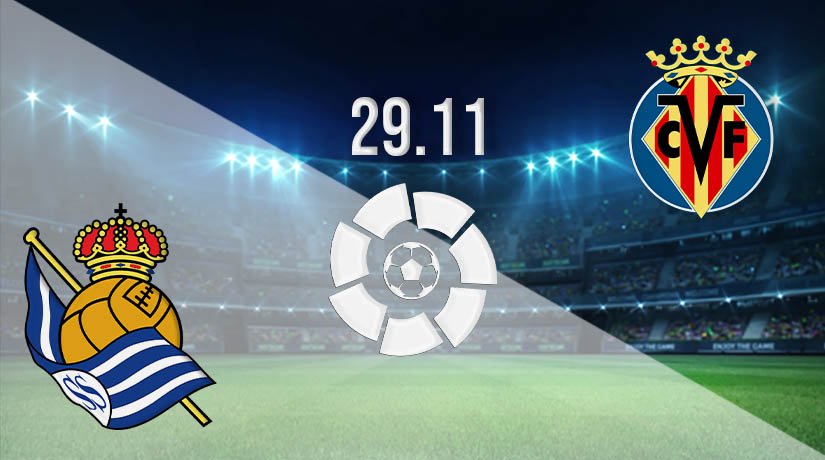 Four games are scheduled to be played in the La Liga on Sunday with the main attraction pairing Real Sociedad and Villarreal. This promises to provide followers of Spanish football with an entertaining 90 minutes and armchair fans can keep pace with the action thanks to the live TV coverage available from 20:00 GMT.

These teams have met 40 times in the past with the head-to-head stats showing Villarreal have won 17 times with Real Sociedad claiming 10 victories and 13 games ending in a draw. The final score in each of the two meetings last season was 2-1 to the side playing away from home and that is also true of three of the last four clashes.

Real Sociedad are top of the La Liga after 10 games played with their stats for the campaign so far reading seven wins against two draws and one defeat, scoring 21 goals, and conceding four. They are three points better off than nearest rivals Atletico Madrid but the latter have two games in hand and are expected to challenge for the title this season. Sociedad are already nine points clear of fifth which suggests they could finish in the top-four and secure Champions League football but there’s still a long way to go.

Sociedad have won each of their last five games making them the form team in the country and the minute and amongst the best sides in Europe. They continued that purple patch last weekend when beating Cadiz 1-0 on the road thanks to a winning goal from Isak with 66 minutes on the clock. Real have scored four goals in their last three games in all competitions while keeping a clean sheet in each match.

Villarreal are another side performing above expectations so far this season and the visitors started the weekend in third place. Their form reads five wins and four draws against one defeat with 14 goals scored and 10 conceded. The 19 points against their name mean they are four off the pace set by their hosts but know a victory on the road would ramp up the pressure.

Villarreal are also on an unbeaten run of late but have won three and drawn two of their last five. They were held to a 1-1 at home by Real Madrid last Saturday and needed a penalty from Moreno on 76 minutes to match Blancos who took the lead inside two minutes through Mariano. Fans were encouraged by the way their side battled back against the champions.

Real Sociedad haven’t put a foot wrong in recent games and their winning run is credited to that strong defence. They’ll require their backline to be in the mood again here. Villarreal would blow the title race wide open with an away win and that will ensure the visitors are motivated and determine to cause an upset.

Make sure to bet on Real Sociedad vs Villarreal  with 22Bet!