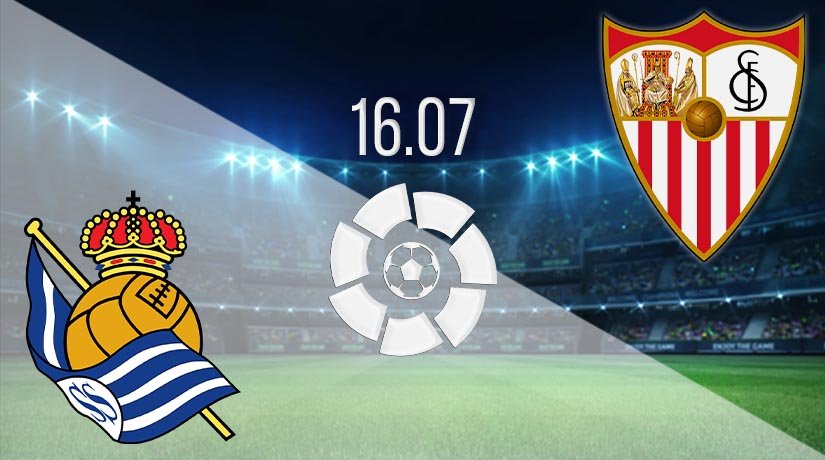 Real Sociedad have almost secured their place in the Europa League but there will certainly be a sense of what if for them after this season. They had been in an excellent position to challenge for a Champions League place before the restart, but their form has been poor since La Liga resumed. They have won just twice in their previous six games, and that has allowed Sevilla to open up an advantage over them.

They will certainly be happy with a place in the Europa League, but they will need to win both their remaining two games to ensure that as Bilbao boast the better goal difference. Sociedad got a much needed win last time out as they beat Villarreal 2-1. William Jose and Diego Llorente scored the goals in that victory for Sociedad. However, this will be a more challenging game for them.

Sevilla have been brilliant since the restart, and they have saved their best form for the most important part of the season after winning their last four league games. That upturn in form means that they have secured their place in the Champions League as they have a nine-point lead over Villarreal.

Their recent wins have come against Leganes, Eibar, Athletic Bilbao and Mallorca. They have scored eight goals in this run of form and have only conceded once. Their last league game was against Mallorca, and they ran out 2-0 winners. Youssef En-Nesyri scored the clinching goal with six minutes remaining, while Lucas Ocampos opened the scoring for Sevilla.

Sevill have an impressive record against Sociedad as they haven’t lost to them in the previous four La Liga matches. Sociedad’s last win came back in 2017, while Sevilla have won three of the previous four. Sevilla also won the fixture earlier in the campaign, as they edged Sociedad 3-2 in an entertaining match.

Sevilla have been in tremendous form since the restart, and they will be looking to end the season strongly. That means that it is hard to look past the away side getting the three points.

Make sure to bet on Real Sociedad vs Sevilla with 22Bet!