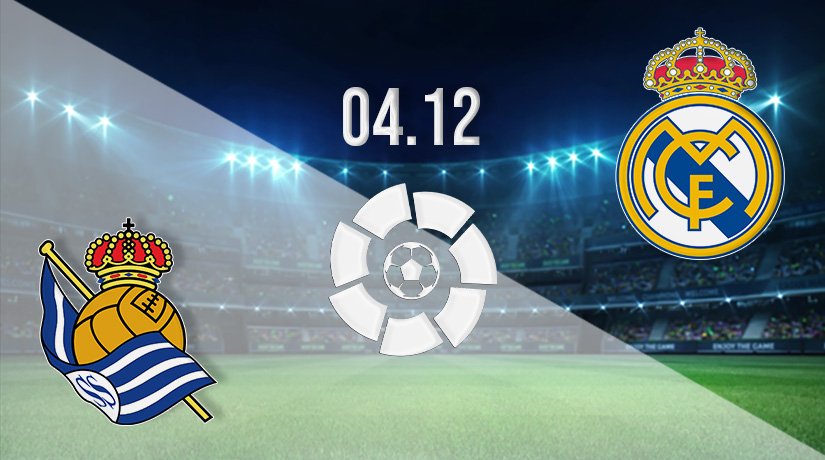 Real Sociedad will host Real Madrid on the Saturday La Liga fixture at 21:00 GMT knowing that victory will cut the gap between the two teams to one point.

The league leaders, Real Madrid, will be looking to extend their lead at the top as Carlo Ancelotti’s side seek to consolidate their grip on La Liga top spot.

Can Real Sociedad Regain their Early Season Form to Remain in the Top Four?

After a stunning start to the season, Real Sociedad have dropped off the table to third behind Atletico Madrid on goal difference and four points behind league leaders Real Madrid.

Imanol Alguacil’s men need to get back to winning ways after the surprise loss at Espanyol last time out in La Liga, which meant that they lost ground to the top two teams – Real Madrid and Atletico Madrid.

Can Madrid Their Winning Run in La Liga to Five Matches?

Carlo Ancelotti’s men have hit a fine vein of form in recent rounds of fixtures. With four straight victories in the league, Los Blancos have stretched their lead at the top to four points ahead of the chasing pack of Atletico Madrid and Real Sociedad with 29 points and Sevilla with 28 points.

Imanol Alguacil’s side have collected 9 points out of 18 in the last six rounds of La Liga fixtures. In this run, they have won two, drawn three, and lost one.

This run of fixtures has seen Sociedad fall from the top of the table to third. This is especially the case given Atletico Madrid and Real Madrid have collected 12 and 16 points consecutively in this period.

In the last outings, Carlo Ancelotti’s side have dropped points only once, in the barren draw with Osasuna. They have won the remaining five fixtures to romp to the top of the La Liga table.

Away from home, Los Blancos have won six, drawn one, and lost one all season. In this run, they have collected 19 points out of the available 24.

Sociedad will also be without central midifielders Jon Guridi (muscle problem) and Mikel Merino, and the attacking midfielder David Silva (muscle problem) for the clash against Real Madrid.

Carlo Ancelotti will be without right-winger Rodrygo, who is sidelined with an abdominal influenza since Novemer 28th.

Gareth Bale is also out with a calf injury, whereas Dani Ceballos has been struggling with an ankle injury since July 22nd.

Oyarzabal is Real Sociedad’s top scorer this season with 6 goals and one assist. The forward is crucial for Imanol Alguacil’s side because of his creativity and finishing either from wide areas or as a forward alongside Isak or Sorloth.

Oyarzabal will play a central role in Real Sociedad’s chances of getting something from the clash against the in-form Real Madrid side looking to extent their lead at the top of La Liga.

The France striker has taken the mantle from Cristiano Ronald in terms of goal scoring since the Portuguese left the Bernabeu.

The 33-year-old ace has notched 16 goals and 8 assists for Los Blancos already this season in 18 appearances.

He will be instrumental for Carlo Ancelotti’s side against Sociedad and their chances of wrestling La Liga from Atletico.

Expect Real Madrid to start the game with a high tempo, bossing possession, and looking to open Sociedad up early. Expect real Sociedad to stay solid and build from the back and down the wings.

Real Madrid are in a fine vein of form, and this will take them over the line against an impressive Real Sociedad. All three points for Los Blancos.

Make sure to bet on Real Sociedad vs Real Madrid with 22Bet!