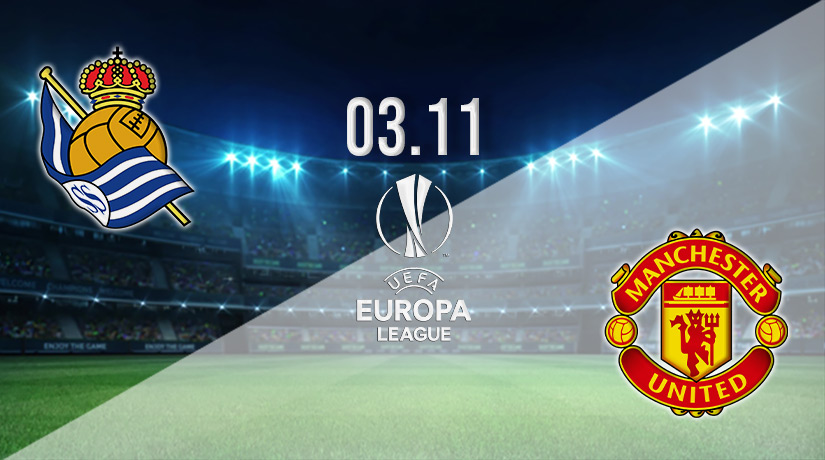 The top two in Group E go head-to-head in a playoff that will determine who tops the group and who qualifies second. The unbeaten Real Sociedad will welcome the side second in the group Man United to the Estadio Anoeta on Thursday at 18:45 GMT as both teams go for the win that will guarantee a top spot for either of them on matchday 6.

Can Real Sociedad Maintain their 100% Record in Group E?

Imanol Alguacil and his charges have been flawless in their Europa League campaign so far this term. After five wins out of five, they will be looking to make this run a perfect six out of six in Group E when they face Man United on Thursday.

Alguacil will focus on offering a dynamic, disciplined, and aggressive performance against a Man United side experiencing an upturn in form in recent matches in the Premier League.

Alguacil will insist on defensive solidity, a concerted pressing game, and a dynamic and fast attacking approach. This will allow the La Liga side to control the game, tempi, and create chances.

Can Man United Get the Win they Need to Top Group E?

Erik Ten Hag and his men will know that they need to better the 0-1 defeat they suffered at home to Sociedad on matchday 1 to stand a chance of topping the group.

Man United will focus on the intensity of their performance, attacking quality, and the ability of their midfield to dominate the game and set the tempo, to stand a chance of emerging victorious.

The defensive shape will be important for Ten Hag’s men coming up against a side that has scored 10 times in their campaign. However, given that Sociedad have conceded once in five outings, Man United will need to be precise in attack to stand a chance of creating and scoring chances.

Real Sociedad have been perfect in Group E. They have won five times out of their five outings in the group thus far.

They have plundered 10 goals while conceding just once. They have hauled 15 points and sit at the summit of the group, 3 points ahead of Thursday’s opponents Man United.

Their defensive solidity has been complemented well with a precise attack that has penetrated and plundered goals to give them maximum points in the group.

Man United opened the group with a 0-1 defeat at home to Real Sociedad. However, they bounced back with four straight victories to book their place in the knockout places in the Europa League this term.

Ten Hag’s charges have grabbed 9 goals and conceded 3. They have collected 12 points out of the available 15.

However, they will be hoping to qualify as group leaders; this means they have to win with a margin better than the 0-1 defeat they suffered against their Thursday opponents.

The 32-year-old Spanish professional has been brilliant for Sociedad this term. He brings energy, work rate, intensity, and aggression into the Sociedad midfield whenever he has played this season.

The Portuguese international has hit his stride in recent matches for Ten Hag’s side. His goal threat has returned while his creativity and work rate in midfield have improved considerably.

He has become an integral part of Ten Hag’s approach to games; he can press with aggression while using the ball effectively when in possession to ensure retention of possession or the creation of dangerous situations.

Sociedad will seek to be at their dynamic and attacking selves. They will make tidy use of the ball and seek to be vertical in their passing.

Man United will look to dominate the ball and set the tempo of the match. They will also counter-press and make sure Sociedad do not have easy possession.

Man United have the firepower and form to win this match and top the group.

Make sure to bet on Arsenal vs Zurich with 22Bet!