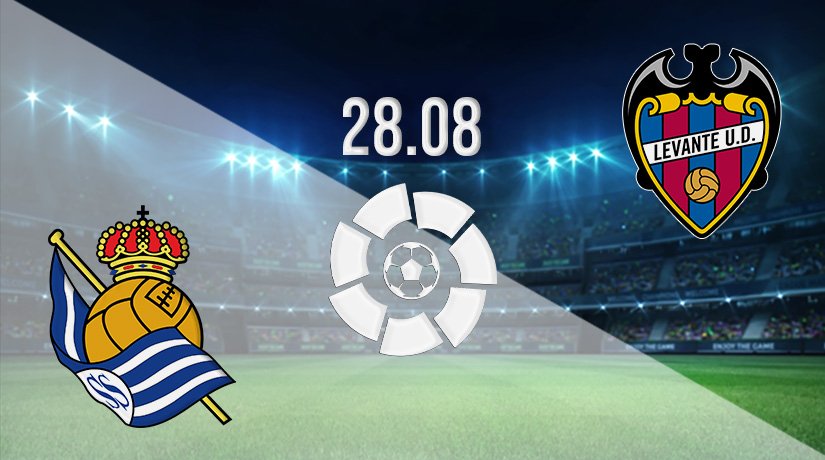 Two sides that sit in the top half of the La Liga standings after two games of the new season meet this weekend. Levante are the visitors, as they travel to Real Sociedad.

Real Sociedad sit just above Levante in the league standings, despite the fact that they are the only one out of the two sides that have already lost a game this season. Sociedad lost on the opening weekend against Barcelona, as they suffered a 4-2 defeat at the Nou Camp. However, they were able to bounce back from that setback, as they claimed a first victory of the new season in their most recent fixture against Rayo Vallecano. They were made to work extremely hard to pick up the three points, as they didn’t break the deadlock into 20 minutes from time as Mikel Oyarzabal rattled in his penalty. Sociedad were deserved winners in that fixture, as they had 68% of the possession, and had eight shots on target compared to the one registered by their opponents.

Levante are yet to pick up a win this season in the two games that they have played, but they are also yet to taste defeat. After drawing against Cadiz on the opening day of the new season, they picked up a respected draw at home last weekend as they managed to hold Real Madrid. It was an excellent fixture between the two sides, as the match eventually finished 3-3. Roger Marti, Jose Campana and Rober Pier goals gave Levante a 3-2 lead going into the final five minutes of the game, but Real struck back to earn a draw. However, confidence would have certainly been taken from that result against one of the favourites for the La Liga title this season.

These sides match up very closely, as both Levante and Sociedad have won eight fixtures in the 25 matches between the rivals. Sociedad won the most recent fixture 1-0 in March. However, Levante have claimed wins in two of the previous four.

It is likely to be a close match between Sociedad and Levante this weekend. The head to head record would suggest that it is likely that there will only be one goal between the sides, which means a narrow 1-0 or 2-1 success for the hosts could be the best bets to make this weekend.

Make sure to bet on Real Sociedad vs Levante with 22Bet!