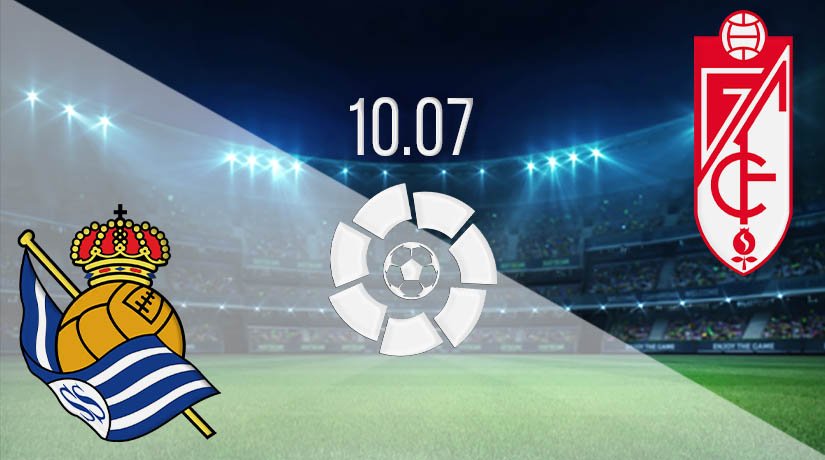 Real Sociedad will be looking to consolidate their position in the Europa League spots on Friday evening when they welcome Granada. But, will the home side be able to take the three points that they desperately need.

It may have taken a few weeks, but Real Sociedad look to have finally found their grove in La Liga for the first time since the restart. They resumed the season with a run of four defeats in five, as they were beaten by Real Madrid, Alaves and Getafe during that run. However, they have improved over their last two outings as they have picked up a win and a draw.

Their only victory since the restart came against Espanyol, while they drew with Levante last time out. The 1-1 draw would have been a disappointment for Sociedad as they took the lead through Alexander Isak. However, Levante hit back less than five minutes later through Jose Luis Morales. Sociedad will need to get back to winning ways if they are to hold off the challenge from Valencia and Athletic Bilbao to find in the Europa League spots.

Granada have certainly been one of the sides that have benefited from the break, as they have lost just two of their seven games since the restart. Those defeats have come against Villarreal and Eibar. Their away form has improved massively, as they have picked up five points on their travels. Before the break, they had only won three away league games all season. They will be in good confidence going into this fixture as they have beaten Alaves and drawn to Valencia in their last two fixtures. The draw was their most recent outing, with Carlos Fernandez and Fede Vico scoring the goals for Granada.

It is hard to ignore the poor record that Granada have against Sociedad, which means the hosts will be the pick. Sociedad’s form has also been steady, and they will be aware that they can’t drop points in this fixture if they want to finish in the Europa League places this season.

Make sure to bet on Real Sociedad vs Granada with 22Bet!