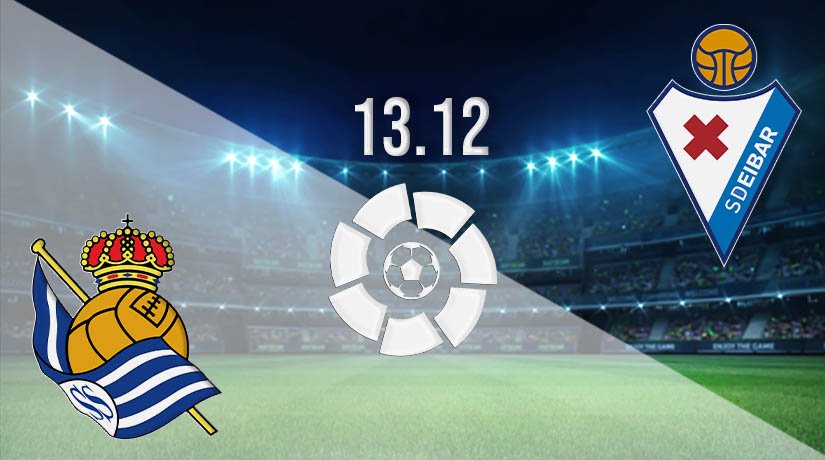 Real Sociedad seem to have hit a wall over recent weeks when it comes to their form, but they will be looking to get back to winning ways this weekend at home against Eibar.

Real Sociedad’s time at the league leaders in La Liga has come to an end, as they relinquished top spot last time out as they were held. That was the second week in a row that they secured only a draw in La Liga, and it now means that Atletico come into the latest round of fixtures with a one point lead over their rivals. Sociedad remain the highest scorers in the division, and also have the second best defensive record, but they will need to get back to winning ways to ensure that they have the best possible chance of finishing in a Champions League place this season.

Sociedad’s two draws have come against Villarreal and Alaves in La Liga, while they have drawn their last four in all competitions, including the two draws that they have got in the Europa League over recent weeks. Their recent La Liga draw against Alaves would have been a disappointment, as they were playing against ten men for the last half an hour.

Eibar have started the season in decent form, but they will be looking for some winning momentum to ensure that there are no lingering dangers that they could get pulled into a relegation battle this season. They have been a difficult team to beat over recent weeks, as they haven’t lost in four. They have won just once during this run of form, with that victory coming against Real Betis. Eibar were held in their most recent fixture by Valencia, as the two sides played out a 0-0 draw.

Sociedad have won the last two against Eibar, while Eibar’s last win against this weekend’s opponents came in 2018. That win was the only success that they have achieved against Sociedad in the last seven meetings.

It has been a sticky run of form for Sociedad over recent weeks, but if they have any hopes of an unlikely title challenge then they will need to get back to winning ways. We expect them to win tis game at home, but there will only be one goal in it.

Make sure to bet on Real Sociedad vs Eibar with 22Bet!