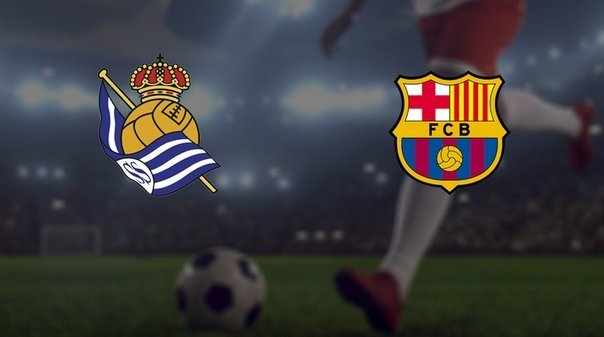 Barcelona’s bogey team, Real Sociedad, welcomes them once again as the home side is hoping to continue their overall good form this season by shocking the Catalans. The match will take place at the new Estadio Anoeta on Saturday at 16:00 CET.

Real Sociedad are doing a wonderful job in La Liga this season. Led by a plethora of offensive and talented players, La Real are now sitting at the fourth, just seven points behind the league-leading Barcelona. The team’s offensive leaders are Manchester City’s primary target, Mikel Oyarzabal, and Real Madrid’s loanee, ultra-talented attacking midfielder capable of creating for himself and others, the Norwegian Martin Odegaard.

However, with some injuries and suspensions, Sociedad lost pace from the beginning of the season, and they only have one win in their last four matches. The latest result was a disappointing draw with Leganes, although it’s worth saying that the San Sebastian side deserved more on that occasion. And while the team is blooming with creators in Oyarzabal, Odegaard, Portu, and Merino, Wilian Jose is the most lethal attacker, having scored seven La Liga goals so far.

Barca back to their best

Barcelona will be waiting on the other side of the pitch with Blaugrana entering their best form this season. Barca won six consecutive matches in all competitions, and they look unstoppable at the moment. As the tradition has it, the Catalans are at the top of La Liga as they eagerly await the El Clasico on Wednesday.

However, in order to enter the big clash with a peace of mind, they must beat Sociedad away first. Even though Barca traditionally struggled at the Anoeta, the curse has been broken in 2017 and Barca won seven consecutive matches in the duel of these two sides. Lionel Messi is coming at everyone with full force. The Argentinian is already the league’s best scorer, despite missing a month of action with an injury. The rest of the squad proved that they can do even without their leader because a combined XI in the Champions League beat Inter at Giuseppe Meazza. Ansu Fati was the hero, scoring the match-winning goal for his side, and it should be interesting to see if he gets some playing time against Sociedad as an award.

Two offensive-minded teams collide, and when that happens, Barca usually comes out on top. Despite their away struggles, the Catalans will approach this match with full focus as they can’t afford to drop points ahead of the El Clasico next Wednesday.