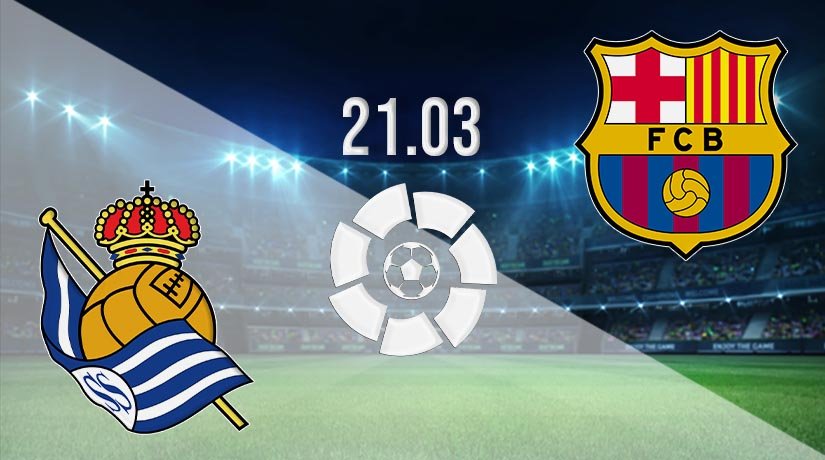 Barcelona travel to Real Sociedad on Sunday for a matched scheduled to kick off at 20:00 GMT. The visitors remain in the hunt for the La Liga title, battling against Atletico Madrid and Real Madrid but know there is no margin for error. This is a must win game for the visitors if they are to keep alive their hopes of regaining the Spanish football crown.

This will be the third meeting of these teams this season and there has been little between the two in the previous encounters. Barcelona nicked a 2-1 win at home in the league back in December but played out a 1-1 draw in the Spanish Super Cup earlier this year before winning 3-2 on penalties. Another tense, competitive 90 minutes is expected.

Real Sociedad can be found fifth in the league and pushing for a top-four finish and place in next season’s Champions League. They have enjoyed a fantastic season already but will be eager to maintain their form and get over the line to reach UEFA’s elite competition. They don’t necessarily need to win this match to achieve that, but it would certainly help their chances and they’ll know Barcelona are desperate for the points.

Despite a stunning run of form, Sociedad lost last time, dropping out of the top-four in the process. They were beaten 1-0 away to Granada in what was a surprising result. That loss means Sociedad have taken only four of the last nine points available to them. Things are about to get interesting as we enter a crucial stage of the season.

Barca in a three-horse race

Barcelona surrendered their La Liga title to Real Madrid last season and aimed to win it back at the first time of asking. They remain in the running to achieve just that but entered the week third in the table behind leaders Atletico Madrid and Real Madrid in second. We now have a three-horse race to the post and followers are predicting a grandstand finish to the season. At present any of the three teams can win the league.

Barca beat Osasuna away from home last weekend to claim what was their third league victory on the bounce. They followed that win with a painful exit from the Champions League, however, hammered 5-2 on aggregate by French champions PSG after a 1-1 draw in Paris. The damage was done in the first leg in Spain. That allows Barca to put the emphasis on winning the league.

With both teams needing the points to keep their dreams alive this is sure to be a thrilling match. Sociedad have the home advantage but have been poor recently. Barca arrive in great form and will want to make a statement.