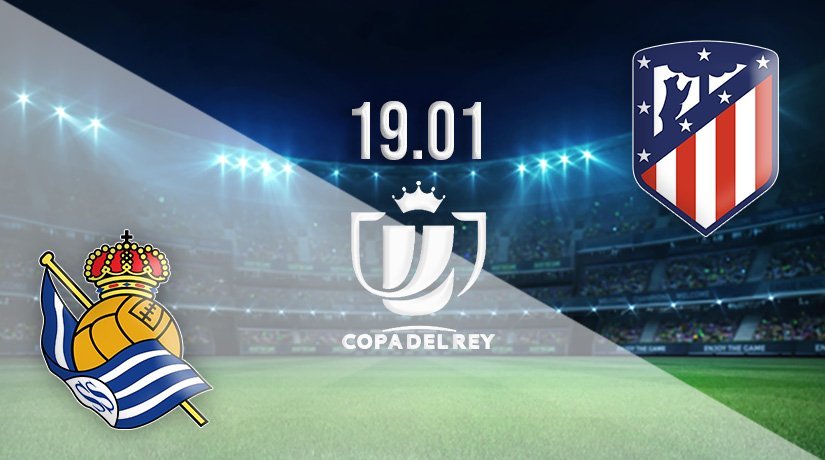 The business end of the Copa del Rey is here, as two of the leading contenders to win the domestic Spanish title meet on Wednesday evening. However, only one of Atletico Madrid or Real Sociedad will be able to make it through to the quarterfinal stage of the competition this season.

You don’t have to go that far back for Real Sociedad’s last success in the Copa del Rey, as they won the illustrious competition in the 2019-20 season. That was the third time that the club had won the competition, and they will be one of the leading contenders to add to that roll of honour this season.

Sociedad finally ended their long wait for a return to winning ways in the league in their last fixture, as they picked up a 1-0 success against Celta Vigo. They have also looked strong in the Copa del Rey to this point, as they have won all three fixtures that they have played.

All three previous matches have come on the road, as they beat Panaderia Pulido 4-0 in the first round, before seeing off Zamora with a 3-0 success in the second round. Leganes were their opponents in the round of 32, and Sociedad narrowly picked up a 3-2 victory.

Atletico Madrid are one of the most successful clubs in Spain, but wins in the Copa del Rey have been few and far between. They have won the competition on ten occasions in their history, but haven’t got their hands on the famous trophy since their victory in the 2012-13 season.

Atletico entered the competition in the last round, as they played Rayo Majadahonda at the beginning of January. They picked up a comfortable success in that fixture, with Antoine Griezmann, Luis Suarez and Joao Felix scoring in the 5-0 win.

Atletico are unbeaten in their previous four fixtures against Sociedad, as they have won twice during that run. They also won on their last trip to Sociedad, winning 2-0 in December 2020. The meeting between the sides earlier this season ended in a 2-2 draw.

Atletico Madrid will be keen to put their disappointing result in the Supercopa behind them this week, and reach the quarterfinals of the Copa del Rey. They are our narrow pick to get the victory this week, and we suggest that they could win 2-0.