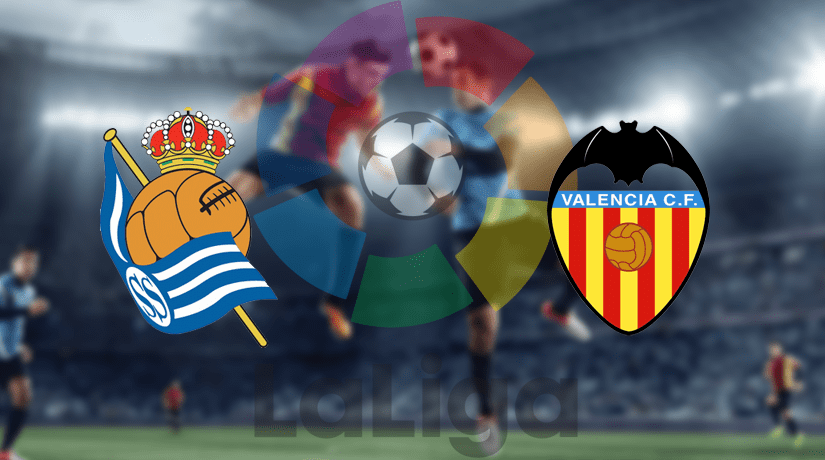 Two sides that are hopeful of making up ground on the top four will meet this weekend, with a win for either taking them to within a touching distance of the top four. But, which side will seize the initiative at Anoeta.

Valencia will be looking to get back to winning ways after being handed a footballing lesson in the Champions League in mid-week. They were hammered 4-1 in their first leg against Atalanta. Their late away goal means that there is still hope of progression, but it is a very dim hope. Defensively Valencia are one of the weakest sides in the battle for a top-four place, as they have conceded 34 goals this season. That is the worst record out of the top ten in La Liga. However, they will take some confidence into this fixture after drawing 2-2 against Atletico Madrid in their last domestic fixture.

Sociedad have been threatening to break into the top four throughout the season, but they have struggled to find that consistency that makes them a real threat. They will go into the game in good confidence after winning their last game in La Liga against Athletic Bilbao. Sociedad’s goals were scored by Portu and Alexander Isak. Isak has enjoyed an excellent campaign this term, as he has already scored seven goals. He will need to be the player that Valencia keeps quiet if they are to have any chance of winning.

Sociedad holds the advantage in the overall record as they have won ten times, compared to the eight victories recorded by Valencia. There have also been four draws between these two sides. The last meeting between the sides ended in a 1-1 draw.

Portu will be suspended for this fixture, while Ander Barrenetxea and Asier Illarramendi will also be missing. Adnan Januzaj could return.

This is a big game for both of these sides. It is impossible to look past Valencia’s poor defensive record, but it will be a game that neither side will want to lose. That would make the draw the most probable result.

Make sure to bet on Real Sociedad vs Valencia with 22Bet!