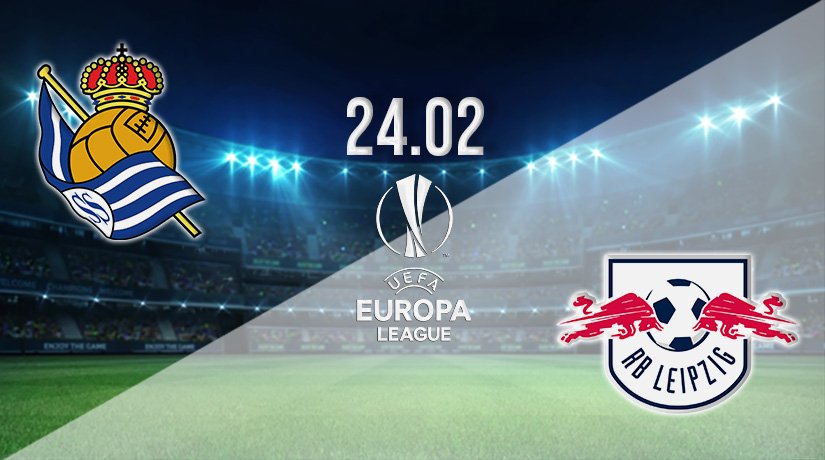 Thursday brings football fans with the Europa League Round of 32 second leg matches, and there are some fascinating contests to look forward to with each match scheduled to be shown live on television. Many of the competition’s biggest names are in action as the third-place finishers from the Champions League group stages take on the runners up from the Europa League pools. The focus of this match preview is on Spain, where La Liga side Real Sociedad aim to claim a major scalp when hosting German Bundesliga club RB Leipzig.

This match hangs in the balance following a tense first leg in Germany where the teams cancelled each other out, finishing 2-2. There is no away goal in this year’s competition, meaning the two scored by Sociedad in Leipzig don’t count for more like they would have in previous years. The winner of this match will go through to the next round, and Real Sociedad will believe they hold the advantage playing at home and showing they can score past the Bulls.

These teams have met only once before in competitive action, and it was that first leg played at the Red Bull Arena last week. Will either team have the quality to get off the mark and record a first win in this competition, or will they prove to be well matched once again? Extra time and penalties are available if needed to settle this tie. Armchair fans are all set for another gripping contest, but which team will progress to the next round?

Real Sociedad were dropped into Europa League Group B but made heavy weather of the pool and only just snuck through after six games played. La Liga rates as the most successful division in this competition, providing more Europa League winners than any other league. Will Sociedad continue Spain’s love affair with the trophy? They are certainly in with a chance of doing just that at this stage of the season but know they must drastically improve their form if they are to cause an upset and go all the way to the title.

Two wins, three draws and a defeat during the groups gave Sociedad a return of nine points which was enough to progress. They finished three behind pool winners Monaco and one point better than Dutch side PSV Eindhoven in third. Sociedad defeated PSV in the final match of the group to secure second place, but it was a little too close for comfort in the eyes of many fans, and they will want to see their team play better in this home match. They twice took the lead in Germany, going ahead on eight minutes thanks to Le Normand, then again on 64 with an Oyarzabal penalty.

Despite that strong showing in the first leg, Real Sociedad suffered a punishing defeat in La Liga on Sunday when losing 4-0 at Athletic Bilbao. That was a match they were expected to take at least a point from, but Bilbao was relentless, controlling the play, scoring the chances that came their way and keeping a clean sheet. Sociedad must dust themselves off and come again. They can’t afford to spend too much time mulling over that thrashing.

Bulls must do better

RB Leipzig entered this tie as the hot favourites with respected pundits to win through to the next round, and they weren’t expected to encounter too much resistance over the two legs. The Germans enjoyed home advantage for the first leg, and the general feeling amongst football fans was they would win well and wrap things up at the earliest opportunity. Things didn’t go to plan, and the Bulls were rather fortunate to avoid defeat on their patch last week, twice going behind and needing to fight their way back into the contest.

After going 1-0 down inside the opening eight minutes of the game in what was a nightmare start, Nkunku was on target on 30 minutes to level things up. The teams went into the halftime interval locked at 1-1, but it was the visitors who took the lead again that evening, making it 2-1 from the penalty spot with 64 minutes played. There was to be one final goal and one final penalty, with Forsberg netting on 82 minutes to level things up. It wasn’t the performance or the result that was expected of the Bundesliga giants, and they know better is required here.

A response was needed at the weekend in their return to league action, and fans got the answer they were looking for from the players. RB Leipzig went to Berlin, where they thrashed Hertha 6-1 with the goals coming from five different scorers. The Bulls were at full speed that day and know anything near a repeat performance in this match should be enough to see them progress to the next round and keep their Europa League dreams alive.

Real Sociedad impressed in Germany during that first leg draw, but the players must understand nothing has been achieved yet. There is still plenty of work to be done in this tie if they are to upset the odds and progress to the next round. They are at home and have shown they can score against Leipzig but must defend better if they are to finish the job and get their name in the hat for the next round.

RB Leipzig knows they dropped the ball last time. Not only did they fail to win at home, but they were rather fortunate to avoid defeat. The Germans must learn the lessons of that match but shouldn’t dwell on it as they are one win away from the next round. A victory of any description in Spain would send the Bulls through, and they are good enough to get a result.

Make sure to bet on Real Sociedad v RB Leipzig with 22Bet!