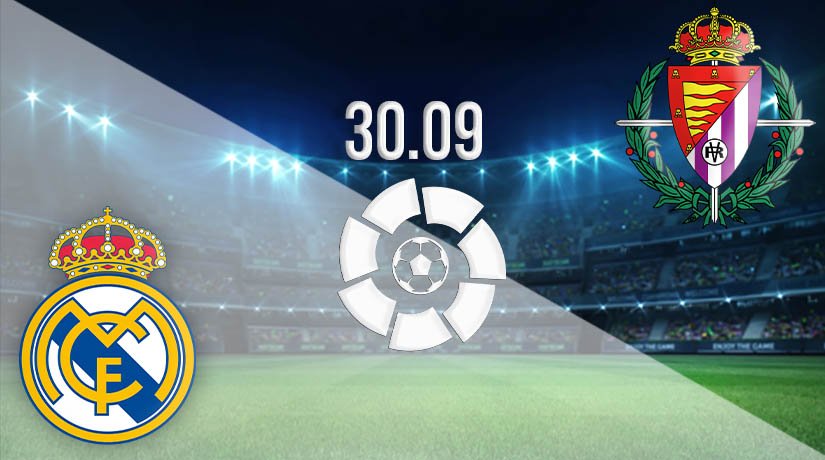 La Liga champions Real Madrid are back in action on Wednesday evening when hosting Valladolid from 20:30 GMT. The home team target three points as they push to get their defence on track following an unconvincing start while Valladolid aim to cause an upset.

These sides met twice last season on league action and each match was competitive. The pair played out a tense 1-1 draw when meeting at this venue back in August of last year before Real Madrid nicked the points thanks to a 1-0 away win, Nacho Fernandez, scoring the winner that day.

Real Madrid line-up for game three of their season sitting sixth in the La Liga table with four points on the board. They got off to a slow start when playing out a goalless draw at Real Valladolid on matchday one but improved to collect three points away to Real Betis on Saturday. The latter was a match they were expected to win at a canter, but Betis made Madrid work for the points, Blancos winning 3-2 thanks to a late penalty.

Valverde broke the deadlock on 14 minutes for Madrid against Betis before Mandi and William Carvalho scored two goals in two minutes to turn things around. Madrid equalised through a Leite de Souza Junior own goal before Ramos kept his cool to convert a spot-kick to ensure Zinedine Zidane’s men got the win they craved.

Valladolid have yet to win

Valladolid make this trip sitting just one place above the relegation zone with two points collected from the first nine available to them. Many pundits picked Valladolid to struggle this season and they have lived up to expectations so far, drawing two and losing one of their opening three games, scoring two goals but conceding four.

The visitors were last seen holding on for a 1-1 finish at home to Celta Vigo on Sunday afternoon, needing a second-half penalty to get anything out of the match. Iago Aspas fired Vigo into a lead with a goal on 44 minutes, but Valladolid fought back, equalising thanks to a penalty from Guardiola Navarro on 66 minutes. It was a fair result with both teams working hard for their point.

Real Madrid have home advantage and take confidence from their win last time out. They should have enough to add another three points to their tally and drive themselves up the table. Valladolid have already proven they can be competitive at this venue and will set-up to frustrate their hosts, happy to defend and try to get a draw out of the game. That’s easier said than done when faced with a Real Madrid attack filled with stars.

Real Madrid are 1/4 favourites in the match betting at 22bet against Valladolid who can be backed at 43/4 to cause an upset. The draw is available at 5/1 to those who can’t separate the pair.

Make sure to bet on Real Madrid vs Valladolid with 22Bet!