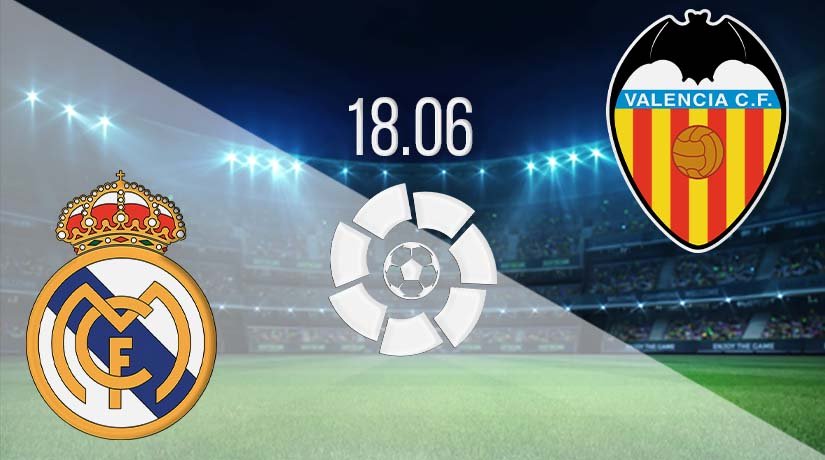 All eyes will be on the title race on Thursday night as Real Madrid host Valencia at their temporary home at the Alfredo di Stefano Stadium. But, will Zinedine Zidane’s side be able to keep pace with Barcelona?

Real Madrid had the destiny of the La Liga title in their hands after their El Clasico victory over Barcelona, but they quickly handed the advantage back to their arch-rivals following defeat against Real Betis. Zidane will be aware that his side can not have any more slip-ups this season, which means that they must win every time that they take to the field. Real returned to winning ways in their first game since the restart on the weekend, as they comfortably beat Eibar 3-1.

The side struggling against relegation offered very little in the way of attacking threat, and Madrid completed the job with a ruthless first-half display. Goals from Toni Kroos, Sergio Ramos and Marcelo put the game out of reach, and they will be looking for another comfortable afternoon when Valencia come to town this week.

Valencia still have targets of their own to achieve this season, as they have their sights set on a European finish. A place in the top four looks beyond them as they have struggled for consistency, but at the minimum, they should be finishing in one of the Europa League spots. However, their recent form has posed questions as they have won just once in six.

That means that they are just a point ahead of Granada and two clear of Villarreal. A defeat in this fixture would give both those chasing sides hope, and Valencia could end this round of fixtures outside the top seven. Valencia returned to La Liga action on Friday with a 1-1 draw against Levante. Rodrigo thought he had earned all three points, but an equaliser from Gonzalo Melero in the 98th minute meant that Valencia needed to settle for a point.

Real Madrid have won 18 of the previous 33 matches against Valencia, while Valencia have won on six occasions. There have been nine draws, including the 1-1 draw from earlier in the campaign.

These two famous sides have been involved in some classic battles over the years, but Real Madrid would be the preference for this clash as they record a second win since the restart.

Make sure to bet on Real Madrid vs Valencia with 22Bet!