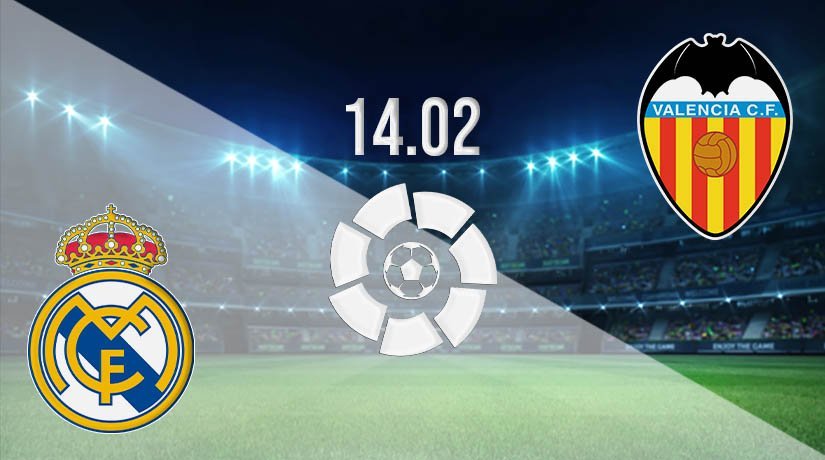 Last season’s La Liga champions return to action this weekend when Real Madrid play host to Valencia. Lovers of Spanish football can follow the play live on television from 15:15 GMT on Sunday and an entertaining 90 minutes is expected with the locals hoping to fire themselves closer to current leaders and derby rivals Atletico Madrid.

Real Madrid dominate the head-to-head stats against Valencia, but it was the visitors that come out on top last time and they did so in impressive fashion. Valencia hammered Real Madrid 4-1 back in November to stagger the champions who will now be going all out for revenge. Will they get it, or can Valencia complete a rare double?

Real Madrid staged a late smash and grab on the La Liga title last season, nicking it from under the noses of Barcelona. They will require another grandstand finish if they are to end this campaign on a high as Blancos start the week down in third place behind Atletico Madrid and Barcelona. Time is running out for the locals to turn up the heat and apply pressure to the two above.

Madrid have won 13 games so far, drawing four and losing the other four. The 43 points gained has them level with Barca but seven off the pace set by Atletico who have two games in hand and are in a commanding position. It’s looking like this is Atletico’s title to lose and they are showing no signs of falling apart in the second half.

Valencia started the week down in 12th place in La Liga and heading towards a midtable finish if they are lucky. The visitors have won only five of their first 22 games, drawing nine and losing the other eight. They have scored 28 goals but conceded 30. The recent form of Valencia is what you would expect from a midtable side, winning two, drawing two and losing one but they have taken four of the last six points available.

Valencia scored an important and long overdue win at home to Elche in their final game of January and followed that with a strong start to this month, battling out a 1-1 draw at Athletic Bilbao. They fell behind to a Guillamon own goal late in the first half but got level thanks to a 65th-minute strike from Gabriel to rescue a share of the spoils.

Real Madrid are the home team but have all the pressure on their shoulders as they attempt to keep themselves in the title race. This is a game the locals simply must win if they are to pressure Atletico Madrid. Valencia take confidence from their last two starts and would see a draw as a decent result here. This could be a tense, nervy 90 minutes with both clubs eager to avoid mistakes.

Make sure to bet on Real Madrid vs Valencia with 22Bet!