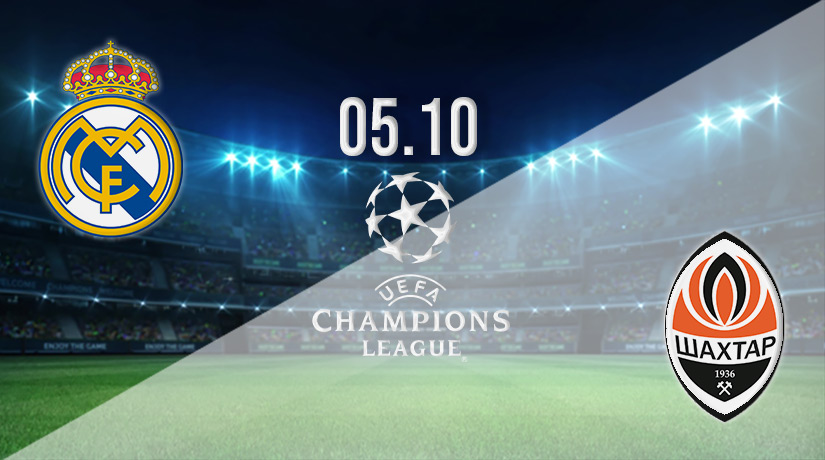 The top two teams in Group F of the Champions League clash on matchday three this week, as Real Madrid look to maintain their perfect start. Shakhtar Donetsk come into this fixture unbeaten in their opening two games, but this would still require a mighty effort to overpower the reigning European champions.

Things are looking fairly routine for the reigning European champions, as Real Madrid could almost certainly assure their place in the next round of the competition with victory on Wednesday evening. Real has won each of their opening two fixtures in the group, and they have scored five goals and are yet to concede in the competition this term.

The Spanish giants were fine winners in their most recent fixture, as they edged to a 2-0 success at home against RB Leipzig. Fans were made to wait for the goals in the fixture, with both being scored in the final ten minutes of the match. Federico Valverde opened the scoring in the 80th minute, before Marco Asensio doubled the advantage in the first minute of injury time.

Shakhtar Donetsk look to be in a strong position to join Real Madrid in the knockout rounds of the Champions League this season, as they currently sit second after two rounds of fixtures. They have won once and drawn once in their opening fixtures, as they have scored five times and conceded just twice.

However, they weren’t able to record a second victory in two games in the Champions League, as they were held by Celtic on matchday two in their previous fixture. They fell behind early in that fixture, but a goal from Mykhaylo Mudryk levelled the scores before the half time break.

This is the third successive season that Real Madrid and Shakhtar have clashed. The Spanish giants have won four of the previous six matches that they have played against the Ukrainian side, with all wins coming in the group stages.

This is likely to be Real’s biggest test of the Champions League group stages so far. However, we struggle to see past the Spanish giants taking the win on Wednesday, and we could see them recording a 2-0 success in Madrid.

Make sure to bet on Real Madrid vs Shakhtar Donetsk with 22Bet!