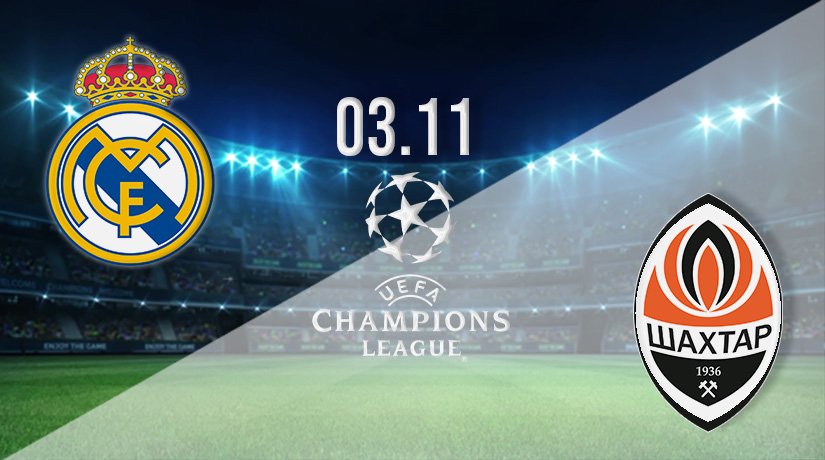 Group D in the Champions League looks set to go down to the wire, despite the fact that many expected Real Madrid and Inter Milan to sail through with ease. Madrid will be looking to move to the top of the standings with a victory over Shakhtar Donetsk on Wednesday.

Carlo Ancelotti’s Real Madrid look to have recovered well in the Champions League, and should be in a strong position to finish in the top two. They come up against the team at the bottom of the Group D standings on Wednesday.

Real have been in decent form in the competition to this point, with their only defeat coming in a shock loss against Sheriff in Madrid on matchday two. That was one of the most embarrassing defeats that the club have ever suffered in the Champions League, but they bounced back with a victory last time out.

Madrid showed their very best form against Shakhtar in Ukraine, as they ran out easy 5-0 winners. Vinicius Jr scored twice in the win, while Rodrygo and Karim Benzema also managed to grab themselves a goal.

Shakhtar have long been a difficult side to knock off in the Champions League, but that certainly hasn’t been the case this season. They are currently at the bottom of the standings, and face an uphill struggle to even make the Europa League place.

They have picked up just a single point, with that coming against Inter on matchday two. However, the five-point difference between themselves and Sheriff highlight that it’s unlikely that they will be playing in European competition after Christmas this season.

Goals are always on the agenda when these two sides clash, as the last five games have seen 23 goals scored. Real have found an easy route to goal against Shakhtar in the last three wins, as they have scored at least four times in all victories.

Real Madrid have a fine record against Shakhtar, and the number of goals that they average against the Ukrainian side should worry the travelling side this week. It’s hard to offer much in the way of confidence for the Ukrainian club this week, as Real should continue the trends that have been seen in previous meetings by claiming a 3-0 victory.

Make sure to bet on Real Madrid vs Shakhtar Donetsk with 22Bet!