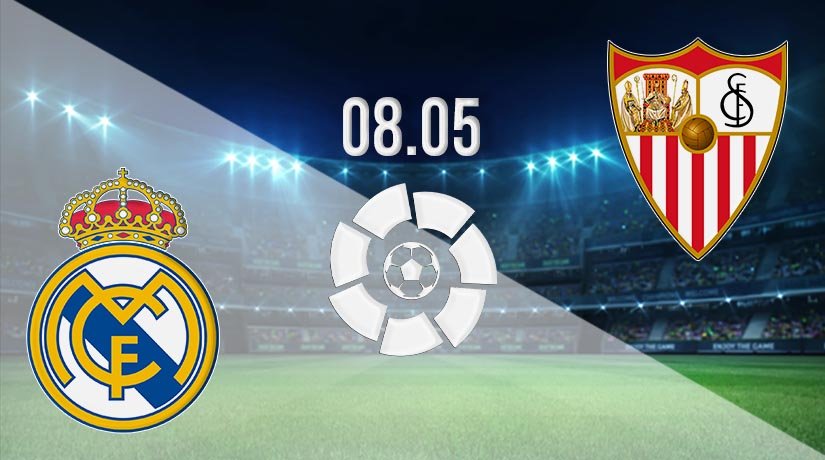 Followers of Spanish football have a thrilling weekend of action ahead, with each of the top four teams in the league in action against another title contender. The season will be played to a conclusion this month, and with four games to go, any one of four teams could be crowned champions of La Liga. Real Madrid and Sevilla face off in a second versus fourth clash. Elsewhere and Barcelona host Atletico Madrid as the third take on top. Both games will be shown live on television to a bumper audience, and you can read the thoughts of our experts on this site.

On this page, our team of football writers tackle Real Madrid and Sevilla, which promises to provide us with an entertaining 90 minutes Real Madrid are the home team and have more points on the board than the visitors. Still, Sevilla boasts the most potent recent form and will arrive determined to continue their winning ways and catapult themselves towards the top of the table. Will they do that?

Real Madrid won the reverse of this fixture back in December when beating Sevilla 1-0 on the road. The winning goal that day was scored by Bono early in the second half when he knocked the ball into his own net with 55 minutes on the clock.

Blancos unbeaten in their last five

Real Madrid enters the weekend as defending champions, having snatched the title from Barcelona in the closing stages of last season. They are currently second in the league table behind derby rivals Atletico Madrid, but there’s still all to play for. A dozen points remain up for grabs, and just six points stand between leaders Atletico Madrid and Sevilla in fourth. A victory here for Real Madrid could see them go top of the league with Atletico at Barca.

Blancos have 22 wins, eight draws and four defeats as their form, scoring 58 goals and conceding 24. Their last five league games show three wins and two draws which is better than any other side in the top three. The only team near the top of the league with more vital form is their opponents Sevilla, just to make this one even more enjoyable.

Madrid finished last month with a disappointing goalless draw at home to Real Betis in a match they really should have won. They were then held to a 1-1 draw at this venue in the Champions League semi-final by Chelsea but have started May in better form. Blancos beat Osasuna 2-0 at home last weekend with the goals scored by Militao and Casemiro. Both strikes came within four minutes of each other on 76 and 80 as fans breathed a sigh of relief.

Sevilla hoping to crash the party

Sevilla is finishing the season strongly and boasts the best recent form of the division. Victory in each of their last five games has thrown them into the title picture, and they are now genuine challengers of the La Liga crown, something fans could only dream of at the start of the season. They have already secured a top-four finish in place in next season’s Champions League. That allows them to concentrate fully on challenging for the title. Could they gatecrash the party?

The visiting side carries a 100% record from their last five games, playing five and winning five. Their stats for the season read 22 wins and four draws against seven defeats, scoring 49 goals and conceding 26. They aren’t known as a free-scoring side but do boast a strong defence, which will be important when heading to Madrid. The backline will be tested to breaking point by Real’s attack, but they are a confident bunch who work well together and rate their chances.

Sevilla finished the month of April with a 2-1 victory over Granada at home. The goals that day were scored by Rakitic on 16 minutes from the penalty spot and Ocampos early in the second half. The beaten team hit back, but it was a case of too little too late, Soldado scoring a 90th-minute penalty to give fans something to cheer on the day.

Real Madrid has the home advantage for this match and carries vital experience in what it takes to win the La Liga title, even when under immense pressure. In most seasons, they are fighting off Barcelona, but now Madrid has another two teams to worry about. They held their nerve in the summer to win last season’s title, and the players will be confident of doing something similar this term. Three points here would see them take a massive step towards retaining the silverware.

Sevilla is the most impressive team in La Liga and has been for many weeks now. They were written off as nothing more than a top-four contender at the turn of the year, but an incredible run of wins has catapulted them into the running for the title. They are here on merit, and there’s no reason why they can’t get something out of this match and keep alive their dreams of winning La Liga.

Looking through the stats associated with this fixture and Real Madrid have dominated Sevilla in recent seasons. They won the away game 1-0 and took three points when last hosting Sevilla thanks to a 2-1 victory. Blancos haven’t lost to Sevilla since 2018, which is a run of four games. Fans will demand the home players continue that trend.

This promises to be an entertaining match for those watching the live TV coverage, but nerves will play a huge part in which team comes out on top. Both camps know what victory and three points would do to their chances of winning the league title and understand if they were to lose, it could cost them the trophy. This will come down to which group of players holds their nerve.

Make sure to bet on Real Madrid vs Sevilla with 22Bet!