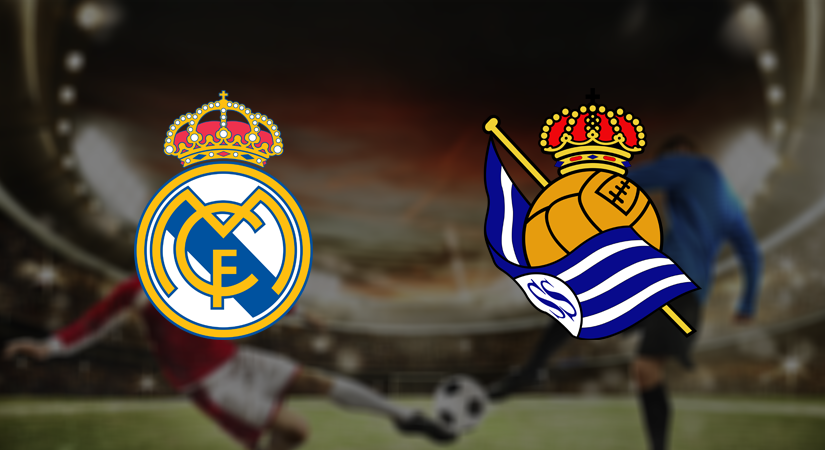 Real Madrid take on Real Sociedad at Santiago Bernabeu Stadium on Saturday, with both sides able to go top if results go their way.

Real Madrid are currently second level on points with Barcelona in first, while Sociedad are two points further back in fifth.

Sociedad have player one additional game compared to Madrid, but will still relish the chance to leapfrog Zinedine Zidane’s team on Saturday.

Zidane’s side has not been as convincing as he would like so far this year and Imanol Alguacil will certainly see this as an opportunity to claim a famous scalp.

James Rodriguez, Marco Asensio and Nacho Fernandez are all out until the new for Real Madrid after suffering serious injuries.

Meanwhile, Marcelo is back in training and summer signing Luka Jovic is looking to add to his goals tally following a muscle injury.

Former Madrid man Asier Illaramendi will not be able to face his former club as he remains sidelined with a broken ankle.

Martin Odegaard, on loan from Madrid, is also nursing an ankle injury and is being assessed day to day, while Portu and Joseba Zaldua are likely to be out.

Real Madrid are yet to fully hit their stride following Zidane’s return to the club and will be looking for results to pick up soon.

Neither Jovic nor Hazard have quite reached their best form, while Gareth Bale continues to struggle with injuries.

For Real Sociedad, the performances of youngsters Martin Odegaard and Mikel Oyarzabal have been really encouraging and look to have added a new dimension to their attack.

They have also been solid in defense, with only four teams have conceded fewer goals.

However, there have been signs of life within Madrid’s attack in recent games with a 5-0, 6-0 and 4-0 win in the last four games in all competitions.

On balance, Madrid just has the edge and are highly probable to win 3-1. Make sure to bet on Real Madrid vs Real Sociedad with 22Bet!