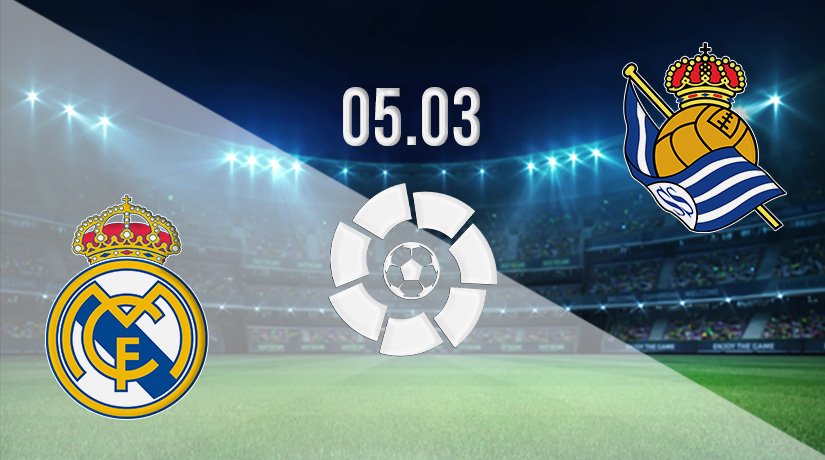 La Liga league leaders Real Madrid will be looking to shore up their six-point advantage at the top of the table when they welcome Real Sociedad to the Santiago Bernabéu on Saturday at 21:00 GMT.

Unbeaten in the last six La Liga matches, Real Madrid will be looking to extend their advantage at the top of the table with a win over Real Sociedad on Saturday.

Carlo Ancelotti’s men are currently on a two-match winning run that they will look to extend to three to fortify their lead at the top of La Liga.

Coming before a massive match against PSG in the Champions League on Wednesday, the clash with Sociedad will require a delicate balance from Ancelotti as he seeks to pick a team that can win while resting his big stars for the big clash in midweek.

Can Real Sociedad Regain Consistency to Sustain a Push for a Top Four Berth?

Real Sociedad are currently four points behind fourth-placed Barcelona in the race for a top-four berth and Champions League football.

The stop-start form of Imanol Alguacil’s side has seen their challenge for the title falter and their stranglehold on the top four slip away.

Sociedad are now playing catch-up as they seek to reboot their season for the run-in and challenge the likes of Barcelona, Atletico Madrid and Villarreal for a top-four berth.

Ancelotti’s side have been in decent form in the last six rounds of La Liga fixtures. In this run, they have won four times and drawn twice; they have collected 14 points and dropped four.

This run of form is as good as the resurgent Barcelona that have also collected 14 points in this sequence of outings.

In between La Liga fixtures, Real Madrid lost 1-0 away at PSG, and they will be looking to overturn this result on Wednesday at the Santiago Bernabéu.

Real Sociedad have lost once in the last six rounds of fixtures in La Liga. In this run, they have won thrice and drawn twice. They have collected 11 points and dropped seven in the process.

This run of form has seen Sociedad lose ground in the fight for a top four berth and qualification for next season’s Champions League tournaments.

With the gap to fourth place standing at four points, Real Sociedad cannot afford to drop more points. This underscores the importance of Saturday’s clash with Real Madrid at the Santiago Bernabéu.

Carlo Ancelotti will be without defensive midfielder Casemiro with the 30-year-old serving the last of his yellow card suspension. Casemiro is expected back on March 10th.

Real Madrid will also be without left-back Ferland Mendy, who is also serving a yellow card suspension from February 16th 2022. Mendy is expected back on March 10th, 2022.

Real Sociedad will be without the services of long-term absentees Carlos Fernandez and Nacho Monreal.

Sociedad will also be without left winger Ander Barrenetxea; the 20-year-old is nursing a ruptured thigh muscle, and is therefore a doubt for the clash with Los Blancos.

The French international’s goal-scoring has been central to Los Blancos’ title charge this season. He will be vital on Saturday against Sociedad.

The midfielder will be important in Sociedad’s bid to disrupt Madrid’s midfield and stop the danger at source. This will also form the basis of Sociedad’s attacks.

Expect Real Madrid to dominate the ball and win the midfield battle. Real Sociedad will use a medium press and rely heavily on transitions to hurt Madrid.

Real Madrid will win the match and take all three points.

Make sure to bet on Real Madrid vs Real Sociedad with 22Bet!