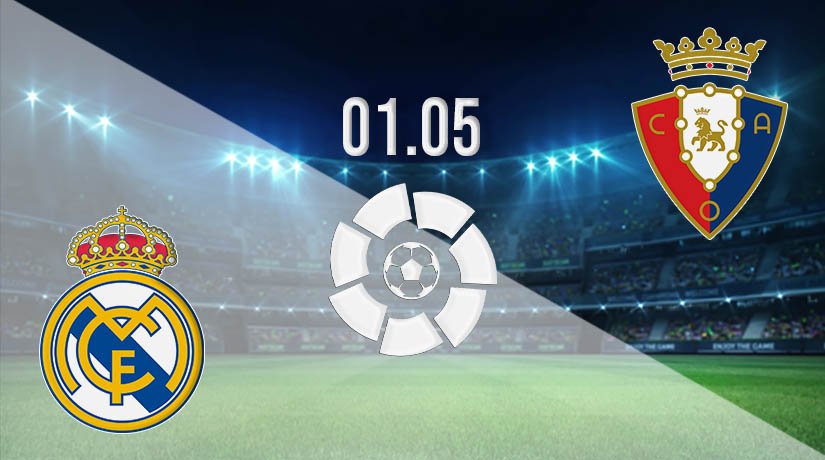 Real Madrid return to domestic action this weekend, as they host Osasuna. Zinedine Zidane’s side will have one eye on their return leg against Chelsea in the Champions League, but will need to get the three points to keep their La Liga hopes alive.

Real Madrid have two huge fixtures over the next five days, starting with their clash against Osasuna on the weekend. Madrid are still in with a chance of achieving an unlikely double this term, which would have seemed almost impossible earlier in the season given how they were performing. Zidane’s side have managed to stay second on the league over the past couple of weeks, despite being in shaky form. Madrid have won just one of their last three games, but have picked up four wins from their previous six. The gap between themselves and Atletico remains at two, but Barcelona’s game in hand is the big advantage that Ronald Koeman’s side has. Real will need to get back to winning ways this weekend, as they can’t afford another draw. More dropped points could see them end the weekend as low as fourth in the La Liga table.

Osasuna had been in great form up until last weekend. They saw their five-game unbeaten run ended at the hands of Celta Vigo. That would have been a disappointing result for Jagoba Arrasate’s side, as they were looking to move up to eighth in the league standings. The defeat also means that their challenge for European football next season is effectively over, as it looks improbable that they will make up the ten-point difference between themselves and Real Betis with just five games remaining of the domestic season.

Real Madrid have been excellent against Osasuna in recent seasons, as they haven’t lost to their opponents this weekend since January 2011. Madrid have won eight of the last eleven fixtures between the sides. However, they weren’t able to get the win earlier in the season, as Real and Osasuna played out a 0-0 draw.

Osasuna’s recent defeat against Celta means that their momentum has been lost. For that reason, Real Madrid should have the quality to get the win. There will likely just be one goal in the game, and Karim Benzema would be a decent bet to score it.

Make sure to bet on Real Madrid vs Osasuna with 22Bet!