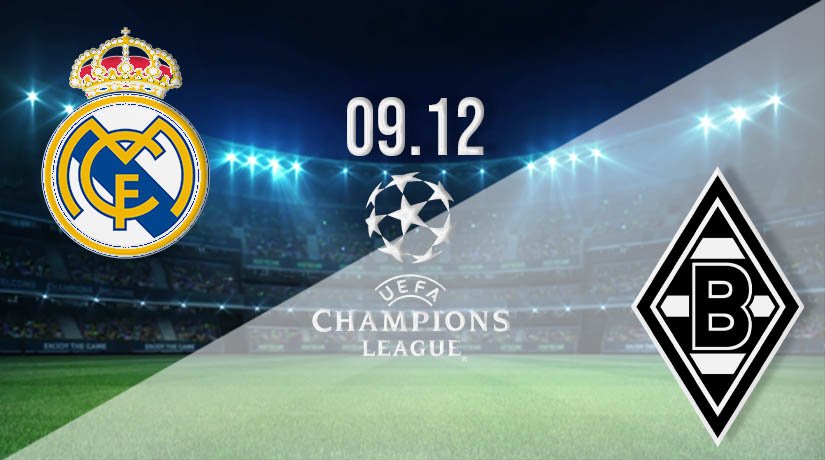 Real Madrid sign off what has been a frustrating UEFA Champions League Group B campaign with a home match against Borussia Monchengladbach. The Spanish La Liga champions were expected to win this pool with a bit to spare but enter matchday six in third place and in danger of being eliminated, dropped into the Europa League. To avoid that fate they must defeat the Bundesliga side who currently top the table.

The heat is on

Real Madrid entered as one of the early favourites to win this season’s Champions League trophy, but they have made heavy weather of their group campaign. Elimination at this stage would be an embarrassment for the Spanish side. They set-up with stats of two wins and one draw against two defeats, scoring nine and conceding nine.

The home team have lost only one of their last four games, winning twice in that time but the spare defeat did come last midweek. They went to Shakhtar Donetsk and suffered a surprising 2-0 defeat in that match, beaten by second-half goals from Dentinho and Solomon. Madrid were able to bounce back and picked up an away win in La Liga on Saturday thanks to a 1-0 at Sevilla.

Borussia Monchengladbach start this match in pole position and are just 90 minutes away from topping the table and sending out a message of intent to the rest of the competition. The Bundesliga side have won two, drawn two and lost one, scoring 16 goals while conceding seven. They have already scored seven more than their hosts at this stage.

Monchengladbach may have lost only one game, but that defeat did come in their most recent outing. Borussia followed a pair of Champions League wins with a 3-2 home defeat against Inter Milan last time. They were held to a 2-2 draw by SC Freiburg in the Bundesliga on Saturday afternoon and have now conceded six goals in their last three games in all competitions.

This has been a disappointing group campaign for Real Madrid, but they are still in with a chance and can finish top of the pool. To do that they must inflict a second defeat in two games on their opponents. Borussia know a draw would be enough to see them sneak through.

Make sure to bet on Real Madrid vs Monchengladbach with 22Bet!