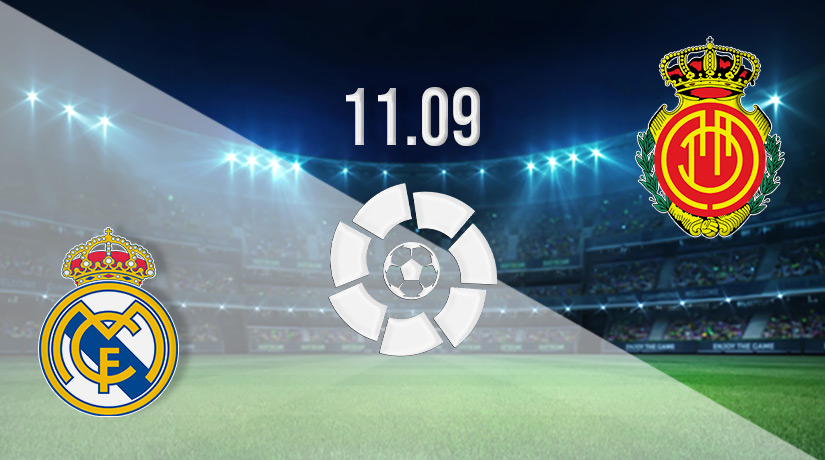 The reigning Spanish champions are back in domestic action on Sunday, as Real Madrid take on Mallorca. Madrid will be looking to maintain their perfect start to the new season with a fifth straight victory, while Mallorca will be looking for a second win in five games.

Real Madrid will be delighted with the start to the season that they have made this season, as the Spanish giants have won each of their opening four league games. They have scored a La Liga high of eleven goals, and have conceded on four occasions. Madrid will be looking to maintain that form this weekend when they host Mallorca.

Real warmed up for this fixture with a 3-0 win in the Champions League in midweek, while their last domestic fixture ended in a 2-1 victory against Real Betis. Vinicius Jr scored the opening goal in that fixture after just nine minutes, while the victory was confirmed with just under half an hour remaining as Rodrygo scored the crucial winning goal.

Mallorca have a big challenge on their hands this weekend, as they look for a second victory of the season. The Spanish side has won just once in their opening four league fixtures this term, as they have scored four goals and conceded three times. However, they come into this fixture after avoiding defeat in their previous two.

Mallorca picked up a draw in their latest fixture in La Liga, as they were denied three points by a late Girona equaliser. Antonio Jose Raillo Arenas opened the scoring in the 87th minute for Mallorca. However, Girona found an equaliser in virtually the last minute, as they scored in the 92nd minute. However, they will need to be more solid this weekend at the home of the champions.

Madrid have won eight of the last nine matches that they have played against Mallorca, with the only defeat coming in October 2019. Their home record is also extremely strong, as Real have won their previous six home matches against Mallorca coming into this weekend.

Real Madrid boast a very strong record in this fixture, and it looks very difficult to see them dropping points this weekend against Mallorca. We could see them picking up a comfortable 3-0 success in front of their home fans.

Make sure to bet on Real Madrid vs Mallorca with 22Bet!