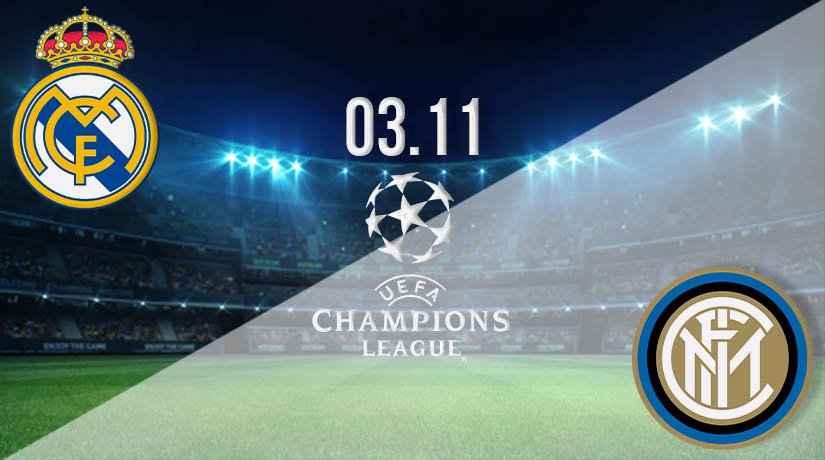 What a game we have in store here as Real Madrid take on Inter Milan in a mouth-watering clash from UEFA Champions League Group B. This game is scheduled for a 20:00 GMT kick-off on Tuesday evening and will be beamed across the world by major live television stations.

Real Madrid of the Spanish La Liga and Italian Serie A’s Inter Milan have met nine times previously in competitive action and the head-to-head stats suggest this will be another competitive encounter. Inter Milan boast five wins over Real Madrid who have claimed three with one match drawn. The Italians eased to a 3-1 home win over Real in their most recent meeting but that came back in 1998. Much has changed at both clubs since. Will that show in the result?

Football fans may be surprised to see Real Madrid rooted to the bottom of Group B with just one point claimed from their first two games. The Spanish La Liga champions opened their campaign with a shock defeat to Shakhtar Donetsk who are now in pole position and threatening to spoil the party. Zinedine Zidane had hoped to return his club to the top of Europe but if he thought the group stages would be easy the experienced manager now knows he has a big task ahead.

Madrid got off the mark last midweek when earning a draw against Borussia Monchengladbach in Germany. That match ended in a 2-2 share with goals from Benzema and Casemiro earning Madrid a point, but the latter came with 93 minutes on the clock to save the blushes of his teammates. Thuram netted a double that evening.

Inter Milan haven’t done too much better than their hosts in the opening two games of this campaign and they are in third spot with just two points against their name following back-to-back draws. It is still early in the campaign and there’s no need for the Italians to panic but if they were to lose in Spain, they may find themselves with an uphill struggle to qualify.

Milan have drawn each of their last two games and three of their last four in all competitions. They fought out a goalless finish away to Shakhtar last midweek and were held to a 2-2 draw at home to Parma on Saturday in Serie A. The team must rediscover that killer instinct needed to turn one point into three and they must do it quickly.

This is a match involving two giants of European football but neither side are in good form. Both managers may see avoiding defeat as more important than pushing for all three points. Real Madrid will want to make home advantage count while Milan would love to get at least a point from Spain.