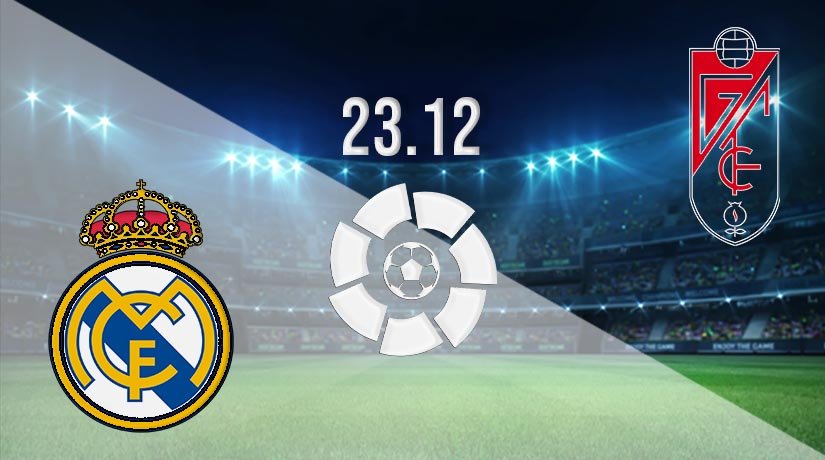 Despite many writing off the chances of Zinedine Zidane’s side this season, they come into this fixture against Granada with an excellent chance to go top of La Liga for Christmas.

It has been a strange opening to the season for Real Madrid, with many experts claiming that they aren’t strong enough to win La Liga this season. However, the league table would say otherwise, as the Spanish giants are level on points with Atletico Madrid. Real have already lost three times this season, but have won nine times, which is the joint-most in the league this season. Zidane’s side couldn’t be in better form coming into the Christmas period, as they have won their last four games. Their strength was once again on display last time out, as they started quickly against Eibar on their way to picking up a 3-1 victory. Karim Benzema scored inside six minutes, before Luka Modric and Lucas Vazquez added further goals for the reigning champions. Zidane will be hoping that his side can maintain this run of form with another three points against Granada on Wednesday night.

Granada aren’t going to turn up on Wednesday and just make up the numbers, as they have shown so far this season they could be in a position to challenge for a European place. They are currently occupying the final Europa League spot, and are unbeaten in three games. Granada have won their last two La Liga fixtures, with these victories coming against Elche and Real Betis. They were excellent against Betis last time out, as Roberto Soldado scored both goals in the space of four first half minutes. This will be a tougher task, but their prowess on the counter-attack could set them up well.

Granada have only ever beaten Real Madrid once in La Liga, with that victory coming back in 2013. Madrid have won 13 of the 14 meetings, with no draws being recorded between the sides in La Liga. Both matches last season were entertaining affairs, with Madrid winning the second contest between the sides 2-1.

Granada’s recent form means that they come into this game with a fighting chance, but it’s hard to overlook the form that has been shown by Real. The Spanish giants look to be in excellent condition for a title challenge, and they should claim a straightforward three points in this fixture.

Make sure to bet on Real Madrid vs Granada with 22Bet!