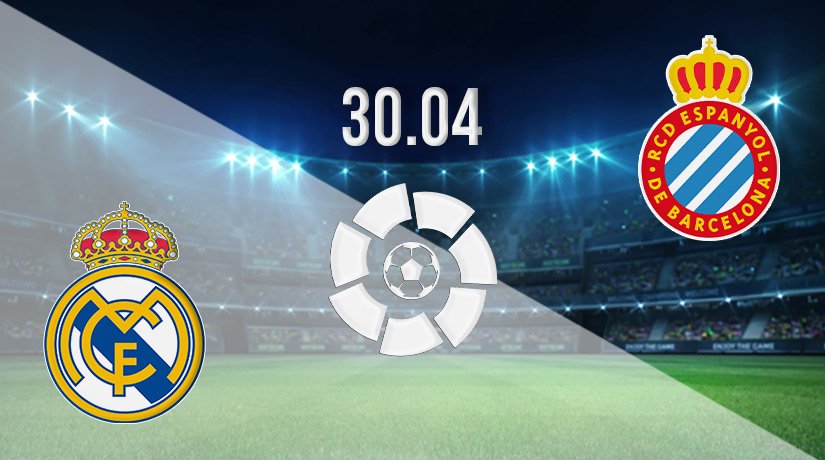 Real Madrid will be looking to wrap up the La Liga title this weekend, as they come up against Espanyol. They will be aware that a point will be all in takes to be crowned champions of Spain for the 36th time.

It would be certainly be very difficult to bet against that happening, as Real have lost just three of their 33 games in the Spanish top-flight this season. Their recent form in the league has also been excellent, as the league leaders have claimed victories in each of their four fixtures in the league.

They didn’t play at the weekend with their Champions League semi-final against Manchester City coming up, which means their most recent success was on April 20th. That win was a 3-1 success on the road against Osasuna, with David Alaba, Lucas Vazquez and Marco Asensio scoring the goals.

Espanyol will be able to play with extra freedom this weekend, as they already appear to be safe from the threat of relegation. They sit nine points above the drop zone with five games of the season remaining. However, they have certainly taken their foot off the accelerator in recent weeks with back-to-back defeats.

Their second straight defeat was suffered at home against Rayo Vallecano. Espanyol lost that fixture 1-0, with the only goal being scored just before the break. Espanyol managed just two shots on target in that defeat.

Espanyol inflicted one of the three Real defeats this season earlier in the season. However, that victory ended a run of four straight wins in this fixture for Real. They won this fixture last season 2-0, and have won this fixture at home while keeping a clear sheet in the previous six.

Real Madrid will almost certainly be crowned champions of Spain this weekend, as it is extremely unlikely that they will be beaten by Espanyol. I expect them to wrap up the title in commanding fashion, and a 3-0 victory in front of their home fans could be recorded.

Make sure to bet on Real Madrid vs Espanyol with 22Bet!