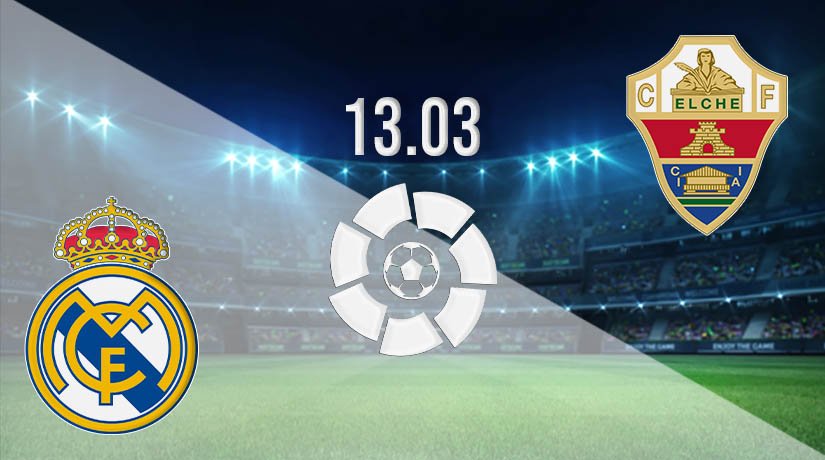 Real Madrid’s title hopes were handed a blow last weekend, as they couldn’t get past their local rivals. They will be looking to get back to winning ways against Elche on Saturday.

It would appear as though the La Liga title race is far from over. That would have been difficult to believe a couple of months ago, as Atletico were looking almost certain to be crowned champions of Spain. However, the gap between Real and the league leaders is just five points, while Barcelona are three points away from the league leaders. Atletico have a game in hand over both of the Spanish giants, but a run of good form could be enough to put the leaders under enough pressure to see a new side at the summit emerge. Real Madrid would have considered their last outing as a missed opportunity, as they could manage just a 1-1 draw against their cross-city rivals. However, it would have been a relief that they claim a point, as they trailed for much of the contest. They managed to get a point courtesy of a Karim Benzema strike with just two minutes remaining.

It was a big weekend last time out for Elche, as they got out of the relegation places in La Liga. It was a first win in two for the struggling side, but it will mean that they will come into the fixture this weekend in good confidence. There is just two points between themselves and the drop zone at present. Their last win came at the weekend against Sevilla, as they picked up a famous 2-1 success. Raul Guti and Guido Carrillo scored in the final 20 minutes of that game for the hosts.

This will only be the sixth time that Elche and Real Madrid have met in the league since 2013. Real Madrid have won four of the five games between the Spanish sides, while Elche are yet to pick up a success. However, they will take confidence from the 1-1 draw that they achieved earlier in the season.

Elche will be confident after beating Sevilla last weekend, but this will be a much tougher challenge. We can’t see anything other than a win for the title-chasing Real on Saturday afternoon.

Make sure to bet on Real Madrid vs Elche with 22Bet!