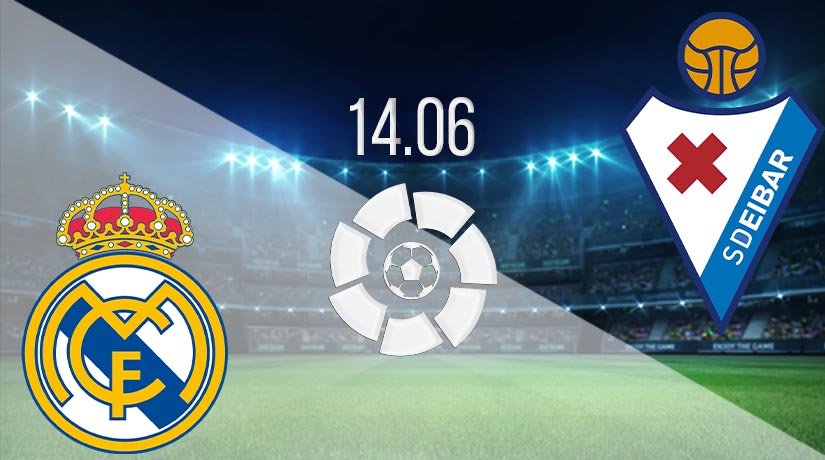 Real Madrid will be hoping to overcome their stuttering form from before the suspension on La Liga as they host Eibar on Sunday afternoon. Eibar will be the huge outsiders to get anything from the game, but could they potentially cause a shock?

Real Madrid have enjoyed an excellent season to this point, and have only lost on three occasions Zinedine Zidane has been tasked with bringing a first title to the club for three years, and they couldn’t be in a strong position. With eleven games to go, the title race is still on, but Real can ill-afford to drop any more points.

They seemed to have their destiny in their own hands after beating Barcelona in El Clasico, but they squandered their chance after being beaten by Real Betis in their following match. Their form over their last four fixtures would be concerning as they have won just once, but their home form has been excellent. Real are unbeaten at home this season, and have conceded just nine goals. The fact that this game is in Madrid will ensure that they have the best chance of getting the three points that they desperately need.

Meanwhile, Eibar are still locked in a relegation battle at the wrong end of the table, and will be looking to get back to winning ways after losing their last two games in La Liga. They are just two points ahead of the drop zone at present, and a defeat here could open the door for those below them to pounce.

Over their last six games in La Liga, Eibar have lost four and won just once. Their last two defeats have come at home against Real Sociedad and Real Mallorca. Their chances of getting anything from this game are slim, but they will be hoping to at least put up a fight.

Real Madrid and Eibar have only met on eleven occasions in the past, with Real unsurprisingly holding the advantage having won nine times. Eibar have won just once, and there has only been one draw. The meeting earlier in the season was a routine one for Real, as they won 4-0 away from home.

Real Madrid are the classier team of the two, and it is very hard to see past them getting all three points in this game. The scoreline could be the same as it was earlier in the season, with Madrid having scored at least four goals against Eibar on four occasions since 2014.

Make sure to bet on Real Madrid vs Eibar with 22Bet!