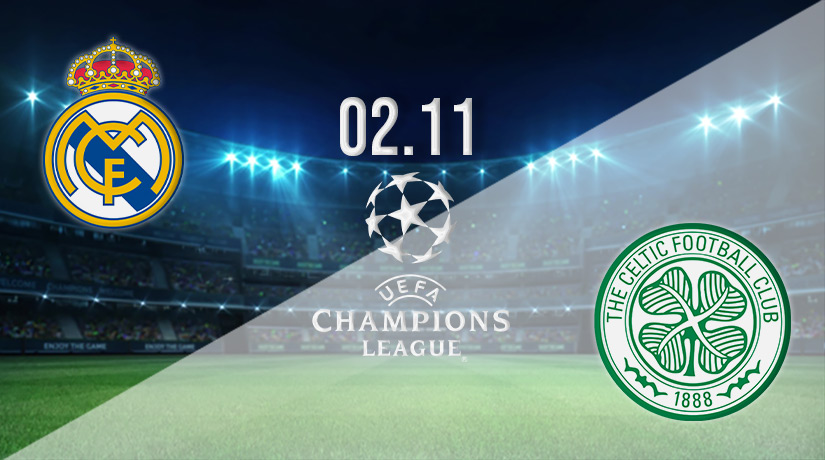 Although Real Madrid have sealed qualification from Group F, they have not secured the top spot in the group. They will be looking to take three points at the Santiago Bernabeu when they face bottom-of-the-group Celtic on Wednesday at 18:45 GMT.

Can Real Madrid Get the Win they Need to Top Group F?

Carlo Ancelotti and his charges will want to wrap up the top spot in Group F as they look to defend their title. Having gone two matches without a win in the group (a draw and a loss), Los Blancos will look to bounce back to winning ways.

The unbeaten La Liga side will look to transfer their domestic form into the Champions League as they look to perform with intensity, dynamism, and energy against the Scottish Premiership side on Wednesday.

Balance will be important for the home team as they are playing a team with nothing to play for, given that Celtic has already been eliminated from the group.

Can Celtic Cause an Upset and Get their First Win in the Champions League this Term at the Bernabeu?

After a winless run of five matches in Group F, Celtic will be looking to end their campaign on a high. They will be motivated to cause an upset at one of the grandest football stages in the world – the Santiago Bernabeu.

Ange Postecoglou and his charges will focus on themselves and seek to display a performance marked by grit and discipline against the defending champions.

Given Madrid’s attacking prowess, Celtic will need to defend with numbers, cut off any space, and make it difficult for Los Blancos forwards.

The Scottish Premiership side must also be brave on the ball to stand a chance of troubling the Madrid rearguard.

After a storming start to Group F, with three consecutive wins, Real Madrid have been winless in their last two outings – a draw and a defeat. This leaves them with 10 points at the top of the group.

While this tally means they have already qualified for the knockout stage, they have not sealed the top spot of the group. Given their 1-point advantage at the top, Los Blancos will need a win in their last match to guarantee they will top the group.

Ancelotti’s charges have scored a group-high 10 goals and conceded a group-low 5 goals. This highlights a robust balance between defensive solidity and attacking dynamism.

Celtic have had a wretched run in Group F. Out of their five outings this term, they have drawn twice, lost three, and won none of their matches. Ange Postecoglou’s charges have collected just 2 points and sit at the bottom of the group.

Celtic have scored 3 times and conceded 10 goals in the process. Their attacking play has let them down massively this term. The three goals they scored are five less than the next team, Shakhtar Donetsk.

The 22-year-old Brazilian international has 6 goals in 12 appearances for Real Madrid in La Liga. The forward has also scored three times in five matches in the Champions League this term.

Junior will be important for Madrid on Wednesday when they face Celtic and look to seal top-spot from Group F.

The Japanese international has been in fine form for Celtic. He has eight goals in ten Scottish Premiership matches this term.

His dynamism in attack, pace, and work rate have been crucial tools for Celtic. Although he has not scored in the Champions League this season, Furuhashi will be important for Celtic as they look to end their season on a high at the Santiago Bernabeu.

Real Madrid will seek to impose their style on Celtic. They will dominate possession and dictate the tempo of the match.

Celtic will bide their time, defend deep in numbers, and look to counter-attacks and set pieces to pose an attacking danger.

Real Madrid will win the match and take all three points.

Make sure to bet on Real Madrid vs Celtic with 22Bet!