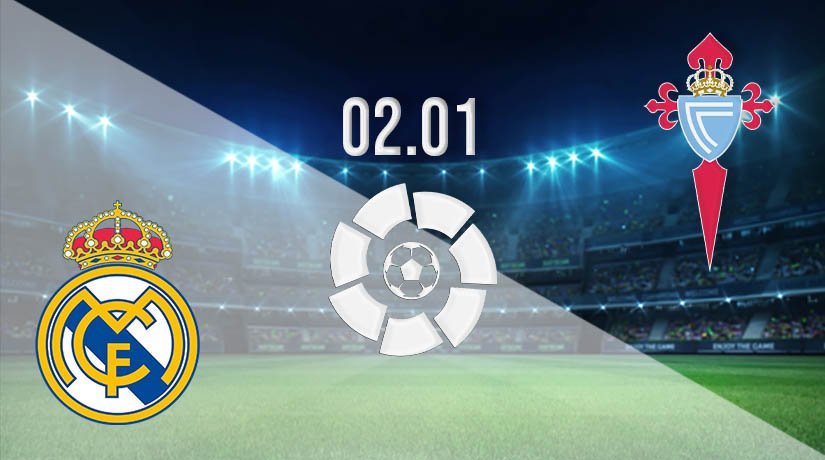 Real Madrid have already been written off in the La Liga title race this season on a number of occasions, but they look primed to compete for top spot in the second half of the campaign, and that could start with a win against Celta Vigo.

It has been a decent start to the season for Real Madrid, but they will be aware that they can’t afford to lose that many more games this season. They have already been beaten on three occasions this term, which is two more than the current league leaders. However, they couldn’t come into this first game of 2021 in better form, as they have won their last four league matches. That form highlights that Real will continue to be a serious player in the La Liga title race, and they will be best placed to challenge for the lead should Atletico slip up in the second half of the season.

Celta Vigo have been on an excellent run of their own of late, as they have also won their last four league games. All four of these victories came before Christmas, and if they can continue this excellent run, then they could be in the best possible position to finish in a European place this season. One of the areas where they will look to improve in the second half of the season is defensively, as they have conceded 20 goals in their 14 games so far this term. However, form has indicated that they could be adjusting to a new gameplan, and the number of goals that they are conceding has decreased. They could be one of the darkhorses to finish in the top six this season.

As you would expect, Real Madrid have an excellent record against Celta Vigo. They have won ten of the last 12 matches against their first opponents in 2021. However, Celta Vigo may feel that they could be able to match the result that they got against Real last season away from home, as they drew on that occasion 2-2.

Both of these sides are in excellent form coming into this fixture, which means that it will be hard to separate them. However, home advantage for Real could be pivotal, and we expect that to be decisive as they pick up the three points.

Make sure to bet on Real Madrid vs Celta Vigo with 22Bet!