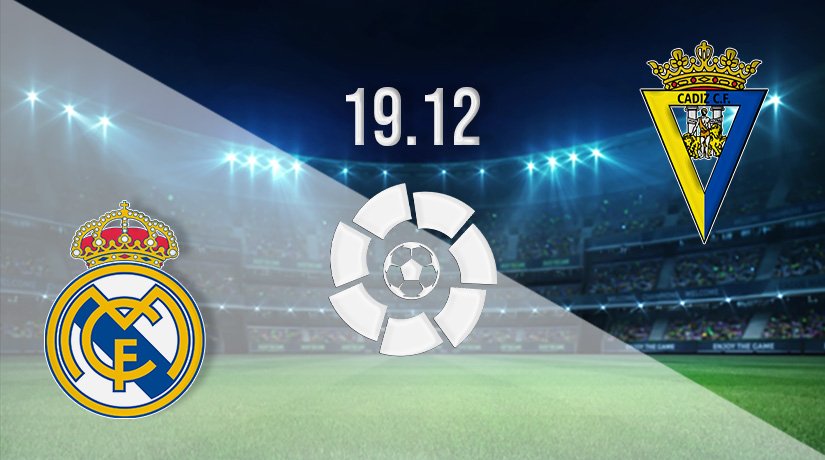 Real Madrid have quickly built up a lead at the top of the La Liga standings, and they will be looking to extend that advantage with a final home win of this calendar year on Sunday evening against Cadiz.

Real Madrid have been in excellent form over recent weeks, and have easily been able to pull away from the chasing pack after winning their last six fixtures in La Liga. The Spanish giants have lost just once in the league so far this season, and have also dropped to only three draws. They are the highest scorers in the Spanish top-flight, and also have the second-best defensive record.

Real currently have an eight point advantage at the summit, and will be keen to extend that advantage to a clear eleven points before the turn of the year. They would have been delighted with their performance last weekend, as they overcame cross-city rivals Atletico. Real were effective on the break in that game, and were able to punish Atletico on two occasions either side of the break. Karim Benzema scored the opening goal after 16 minutes, before the points were secured just before the hour mark when Marco Asensio doubled the advantage.

Cadiz are locked at the opposite end of the league standings after 17 rounds of fixtures. They are currently 18th in La Liga, having won just twice in the league this season. They have lost eight time already this term, which is the second-highest total of the sides in La Liga.

Cadiz claimed a famous win against Real Madrid last season, as they won away from home against their illustrious opponents in October 2020. However, Real won the return game with ease, as they picked up a 3-0 success on the road in April.

Cadiz have been struggling for wins this season, while Real Madrid are picking up wins with ease. We struggle to see past anything other than a victory for the hosts this weekend.