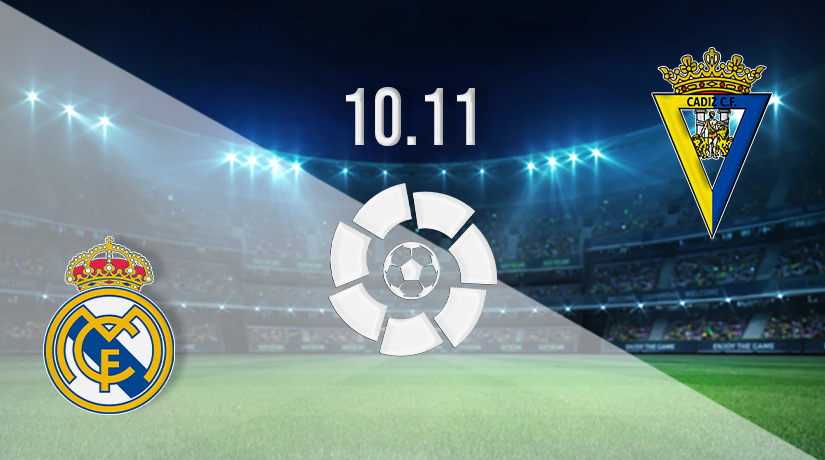 The pressure has been piled on Real Madrid before the World Cup break in La Liga, as they come into this fixture against Cadiz trailing Barcelona by five points. The reigning champions have gone two games without victory in the Spanish top-flight, and they will be in desperate need of maximum points against Cadiz on Thursday.

Many believed that the title race looked to be heading in only one direction after Real Madrid’s comprehensive win in El Clasico last month. However, Real has failed to kick on from that big victory against their biggest rivals, as they have conceded the advantage at the top of the standings to Barcelona over the previous two matchdays.

Real come into this fixture sitting second in the standings, as they trail Barca by five points. This is also their worst run of form so far this season, as they have failed to win their previous two fixtures in the league. In their previous fixture, they were handed a first defeat of the La Liga season, as Real were beaten 3-2 by Rayo Vallecano in dramatic fashion on Monday evening.

Cadiz may feel as though this is a good time to come up against the Spanish champions, as they could be best placed to inflict an even more shocking victory on Thursday evening. However, wins have been in short supply throughout the season to this point, as they have picked up just two victories from 13 games.

But, scoring goals has been an issue for Cadiz throughout the season, as they played out a second 0-0 draw in four games in their previous fixture. There was no shortage of drama in that fixture, with three red cards dished out. The red card for Cadiz was given to Luis Hernandez in the tenth minute of injury time.

Real Madrid has a relatively weak record in this fixture, as they have picked up just a single victory from their previous four matches against Cadiz. Two matches during that run have ended in 0-0 draws.

Real desperately need to get back on track this week in La Liga, and we would be shocked to see them drop points for the third game running. Therefore, we expect the Spanish champions to pick up maximum points at home this week.