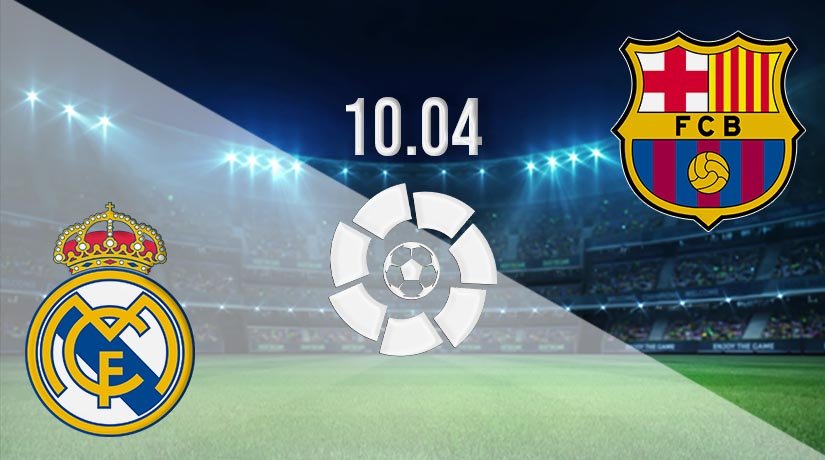 The standout fixture from this weekend’s La Liga matches sees the return of the world-famous El Classico. Real Madrid host Barcelona from 20:00 GMT on Saturday. With both teams still in the running to steal the title out from under the nose of current leaders Atletico Madrid, an enjoyable 90 minutes lies ahead.

Armchair fans are delighted to see the renewal of one of world football’s best-loved fixtures. Real Madrid vs Barcelona may not have the same massive fanbase as we are used to, but millions from Spain and worldwide will follow the live TV coverage. Which side will come out on top and keep their title dreams alive by claiming three points?

Real remain in the hunt

Real Madrid started the week second in the La Liga pecking order behind current leaders and derby rivals Atletico Madrid. The home team has 63 points on the board, three less than the pace-setters with the clock ticking down. Failure to win this match on their patch may see their chances of retaining the La Liga crown go up in smoke. Pressure is building on the home dressing room.

Madrid fans can take heart from how last season ended. Their team looked out of the running, with Barcelona coasting towards another La Liga prize. Blancos staged a late smash and grab on the prize; however, they will aim to do something similar this year. This is a must-win game for Real, but they are more than capable.

Barca can boost their chances

Barcelona also remains in the hunt for the La Liga top prize and know victory in Madrid will keep them behind Atletico Madrid, waiting to pounce on any mistakes. The visitors play their second match of the week after taking on Real Valladolid at home on Monday evening. They started the week in third place with a game in hand and four points behind Atletico.

Barca suffered the hurt of losing their title late in the season last year, and fans hope the players use that to fuel their comeback this spring. If Barcelona win in Madrid, they will become firm favourites to rip the trophy back from their opponents, with Atletico showing signs of faltering down the home straight.

Real Madrid is in great form, having won each of their last three games, and they’ll feel their experience will be enough to see them finish the campaign on a high. They are the home team, but they lose most of their advantage without a capacity crowd in attendance.

Barcelona is on a stunning winning run of form and is showing no signs of slowing down. They, too, have the experience of digging deep and winning games when it matters. They arrive in Madrid confident and ready to do a job.

Make sure to bet on Real Madrid vs Barcelona with 22Bet!

This prediction as well as coefficients are supplied by the best sports betting site 22bet – sports wagering and football forecasts.