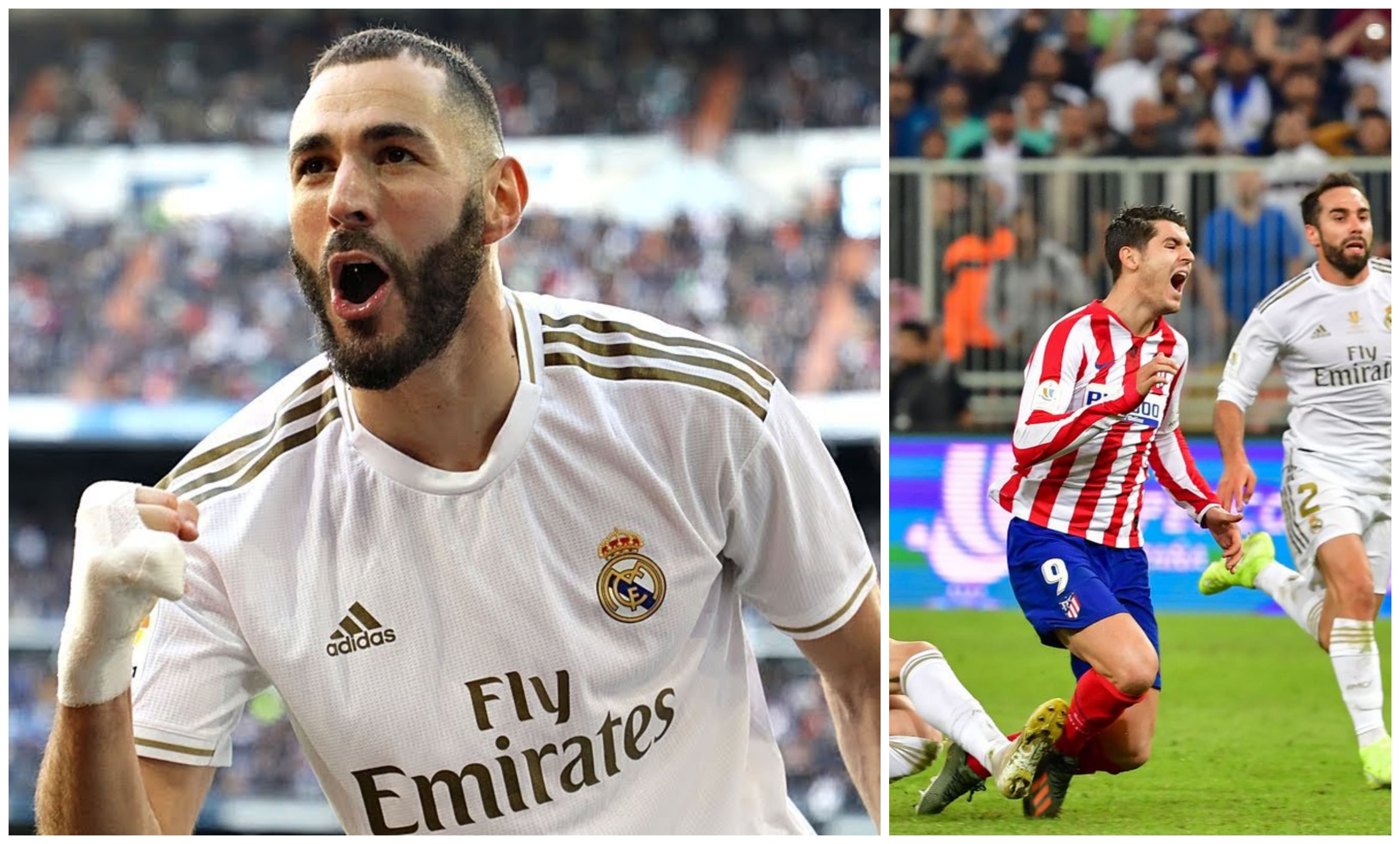 Real Madrid beat their arch-rivals Atletico Madrid 1-0 in one of Europe’s biggest derbies this Saturday, exactly as per our prediction.

Real Madrid entered the game sitting top of the Spanish table with 46 points and it’s fair to say that they weren’t going to allow their fifth-placed neighbor to ruin their dream for 2019/20 La Liga glory.

The two clubs have played twice already this season, with both games ending in a goalless draw (even though Real Madrid was victorious on penalty kicks in the Spanish Super cup final during their last clash). So expecting a sensational thriller from this Madrid derby was not something anyone did.

Zinedine Zidane’s men started the game exactly as we expected, not sensationally. Although they dominated in control and possession, Real Madrid were messy, inaccurate and disorganized. Luka Modric was the only player with 100% passing accuracy in the first half and the only for Los Blancos with a shot on target.

The only noteworthy factor of Atleti’s first half (and perhaps whole match?) was when Diego Simeone got a yellow card for losing his mind on the sidelines after Angel Correa was found in an offside position. Classic Simeone.

But whatever Zidane said during the half-time break worked because his men were a completely different side when they came back for the second half. The Frenchman made two substitutions straight out of the dressing room, with Isco and Toni Kroos coming off for Lucas Vazquez and Vinicius Junior.

And then Grande Karim reminded everyone who Real Madrid can be, without the help of Cristiano Ronaldo, Gareth Bale or anyone else. Ferland Mendy produced a stunning cross in Atleti’s penalty area and Benzema was there to sidefoot it past Oblak in the bottom right corner in the 56th minute.

This was Benzema’s first-ever goal against Atletico Madrid at the Bernabeu in all competitions (16 appearances and 34 shots), a fact that seems unbelievable considering his enormous influence on the team. And as if this wasn’t bitter enough for Atleti, Benzema’s goal ended their six-match unbeaten streak at Real Madrid’s stadium, their longest away from home against Los Blancos in La Liga history.

This game leaves Atletico Madrid 13 points behind Los Blancos and their main goal now should be to secure Champions League spot. Is it time to start questioning whether or not Simeone’s impact has finally worn off and perhaps consider a change start next season?

Real Madrid, who are unbeaten in 13 La Liga matches, have moved six points clear off their biggest rivals, Barcelona. Quique Setien’s men host Levante at Camp Nou this Sunday and he knows that they have to make it count if they want to sustain the gap at the summit.

Do you think Real Madrid will win La Liga this season? See you on Sunday for all of the highlights from Spain this weekend. Make sure to bet with 22Bet!