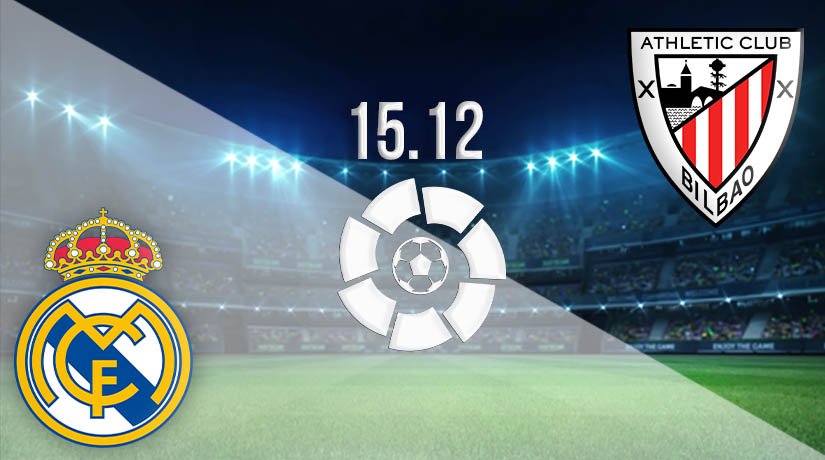 There’s a midweek treat for football fans from La Liga on Tuesday evening as Real Madrid welcome Athletic Bilbao for a Spanish top division game you can follow live on TV from 21:00 GMT. The home team are out to defend their title but need three points to get their campaign firmly back on track following a less than convincing start. Will they grab the home win, or can Bilbao turn up the heat?

Real Madrid sit third in the Spanish La Liga pecking order after 12 games with their stats so far showing seven wins and two draws against three defeats. They’ve scored 19 goals and conceded 12 at this point with three points to find to match early leaders Real Sociedad. The current pace-setters have drawn each of their last three, leaving the door open for Blancos to throw themselves into contention. They did just that with back-to-back wins in their last two league games.

After taking only one point from the nine available, Madrid turned things around and have bagged six in two starts. They began the fightback with a much-needed victory over Sevilla on the road and beat Atletico Madrid in a thrilling derby match on Saturday. It’s worth noting Real have won their last three in all competitions and kept a trio of clean sheets.

Athletic Bilbao make this trip down in 12th place with their form showing four wins and two draws against six defeats, with 14 goals scored and the same number conceded. They have 14 points on the board which means the visitors are already four behind the European places and three better than the relegation zone. An important winter lies ahead for this Bilbao side.

Winless in their last three, Athletic have drawn two and lost one game in that run and they have also managed just one victory in five La Liga starts. Confidence is low in the camp and critics may say this trip to Real Madrid has come at the worst time for the team. The visitors will be eager to avoid another crushing loss.

Real Madrid have the home advantage and boast much better form than their opponents. Confidence is returning to the locals and they’ll rate their chances of bagging maximum points against a lowly opponent.

Make sure to bet on Real Madrid vs Athletic Bilbao with 22Bet!