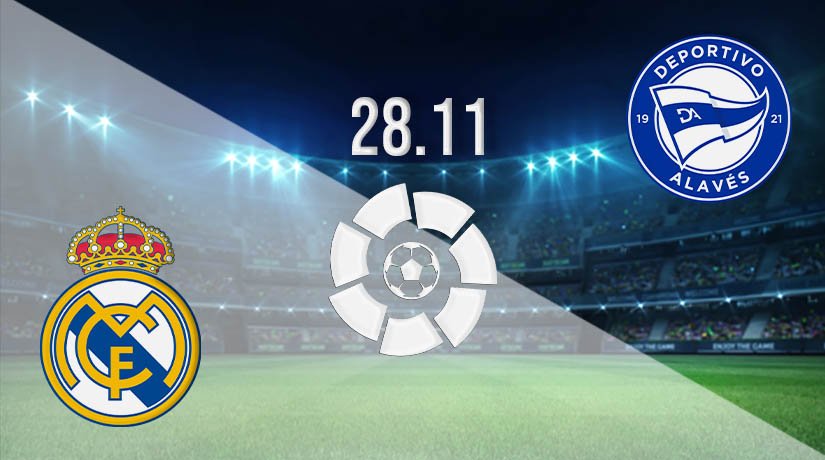 Real Madrid’s title defence has gotten off to a slow start this season, and they will be looking to get back on track this weekend against an Alaves side that is struggling for momentum this season.

Real Madrid already find themselves six points off the top of the league table in La Liga, and they will be keen to ensure that the difference doesn’t extend to a bigger margin. Madrid will come into this fixture in a bad run of form, as they haven’t won in their last two league games. That recent form ended a run of two consecutive wins, and has seen Zinedine Zidane’s side drop from second to fourth in the league table. Madrid would have taken confidence from the fact that they were able to avoid a second consecutive defeat in their recent game against Villarreal, but they did squander a 1-0 lead in the final 15 minutes. Mariano opened the scoring for the Spanish side, but Villarreal levelled the scores with their only shot on target in the match.

Alaves will come into this game against a massive opponent having won just two of their ten games so far this season. It looks as though they will be fighting off the risk of relegation throughout this season, as they are currently just three points clear of the drop zone. However, they are unbeaten in four, which means that confidence within their camp could be high coming into this game against Real Madrid. During this run of form, they have held Barcelona, Levante and Valencia. That draw against Valencia was their last game, but they would have been disappointed that they didn’t take the three points. They were 2-0 ahead at half time after goals from Ximo Navarro and Lucas Perez, but Valencia hit back in the final 20 minutes.

Alaves have beaten Real Madrid just once in La Liga, with that win coming in 2018. However, their record away at Madrid is extremely disappointing. They have lost all four fixtures away from home, and are yet to score a single goal. Real Madrid won the most recent fixture 2-0.

Alaves’ form away at Madrid doesn’t give them much hope in this fixture, which means that it is highly likely that Zinedine Zidane’s side will get back to winning ways this weekend.

Make sure to bet on Real Madrid vs Alaves with 22Bet.