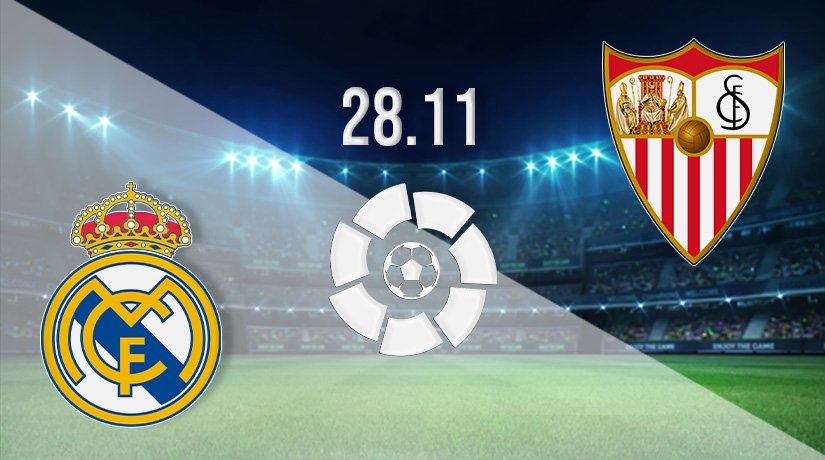 Four games will be played in the Spanish La Liga on Sunday, with the kick-off times staggered between 13:00 and 20:00 GMT. Top of the bill is the fixture that caught the eye of our football writers, and we preview the match on this page, bringing both new and loyal readers all the information they need, covering the form and making predictions on how the match should play out. This game will be shown live on television, and as it doesn’t clash with matches from other major divisions on Sunday evening, a huge European audience is expected. Football fans can use this game to eek out the last bit of interest from the weekend’s football.

Real Madrid started the season as the hot favourites to win the La Liga title, taking it back from last season’s surprise champions Atletico Madrid. The current keepers of the trophy were seriously weakened over the course of the summer transfer window, selling a few of their best players. Real Madrid appear to hold all the aces, and they have battled their way into pole position, but there’s still plenty of work to be done if they are to win the league title and return to the top of Spanish football.

These teams served up a thriller when last facing off at this venue, with Blancos held to a 2-2 draw by a dogged and determined opponent. That ended up being one of the more important games in Real Madrid’s failure to win the league. The players will now be eager to show they are back to their best and are capable of making full use of their home advantage. They certainly have the talent to achieve that, but will they overcome a Sevilla side that arrives in Madrid knowing a win could move them into the number one slot?

Real Madrid didn’t get off to as strong a start as the backroom staff would have hoped, but the players didn’t take long to find their feet and get firing. They quickly moved into pole position in La Liga and are showing the kind of form that is expected of them, and that suggests they are capable of living up to their ambitions. Real Madrid has played 13 games so far, winning nine, drawing three and suffering just one defeat. They have scored 32 goals already and conceded 14, making them the competition’s top scorers and by a comfortable distance. Their score one more than you philosophy is sure to see them hold on to a top-four finish this season, but if they want success in Spain and in the Champions League, they must improve their defence, especially at home.

The 30 points collected is one more than Real Sociedad, who are currently in second place, but Sociedad has played a game more than Madrid. Heading into this game, we note the competitiveness of the division with just four points between the leaders and the current champions Atletico Madrid who are sitting down in fourth place. Madrid may be top of the league, but they have plenty of challenges behind them and must be at their best. Consistency will be the key to winning the trophy, especially during the winter months when others begin to feel the pace and drop points.

Madrid have won their last three games in the league, and each of their previous three played this month in all competitions. They beat Shakhtar Donetsk 2-1 at this venue in the Champions League Group D before dishing out a similar treatment to Rayo Vallecano in La Liga. Real Madrid hammered Granada 4-1 on the road last weekend in what was a real confidence booster for the team. That win took them top of the league, and the team will be desperate to stay there. A home win would help them achieve that while sending out a statement of intent to the rest of the league.

Sevilla are waiting to pounce

Much of the mainstream media’s focus in the build-up to this match will be on Real Madrid, and their challenge for the trophy, but Sevilla are no mere opponents. Being able to fly under the radar during their preparations will be excellent for the visitors as they can prepare for this game without pressure. They can set out their plans to win away from home, upsetting the odds and boosting their chances of winning the league. Taking three points from this game would move Sevilla a step closer to the La Liga title, but it would also deliver a huge blow to their rivals.

Sevilla may be the visiting team and the underdogs, but they enter this game in third place with 28 points, two fewer than their opponents and league leaders. Sevilla has won eight, drawn four and lost one game so far, scoring 19 goals and conceding 10. That shows they are miles off the pace in attack but boast a better defence than Real Madrid. That sturdy backline will be crucial in how Sevilla get on here, and the defence must stand up to the attack of Real Madrid if they are to get anything from this trip. Sevilla know they will come under attack from the first whistle but won’t be intimidated.

The visitors arrive in town with three wins and two draws in their last five games, but they were held to a draw in their most recent league outing. Sevilla followed back to back wins with a hard-fought draw at home against Alaves. That was a fascinating match that ended 2-2 with both teams having opportunities to win. Sevilla did need an injury-time goal to grab a point, with Rakitic finding the net with 92 minutes on the clock.

This is a match involving two greats of Spanish football and a pair of sides enjoying a great run of form. Real Madrid has the home advantage and will be eager to make that count. They also hold the better recent form of the two but can’t afford to relax here or take their opponents lightly. They must be at their best if they are to see off a visitor that would love nothing more than to upset the odds and cause a shock.

Sevilla would likely see another draw from this game as a decent result, given they are at the home of the champions and most famous team in the country. Getting a draw would be difficult, while winning would be a huge ask, but not impossible. Sevilla travel without fear, and they have every right to enter with confidence.

The pre-match betting has Real Madrid priced at 1.715 for the three points while Sevilla are 4.62 for an away win. Two draws on the bounce for the away team is 3.94.

Make sure to bet on Real Madrid v Sevilla with 22Bet!