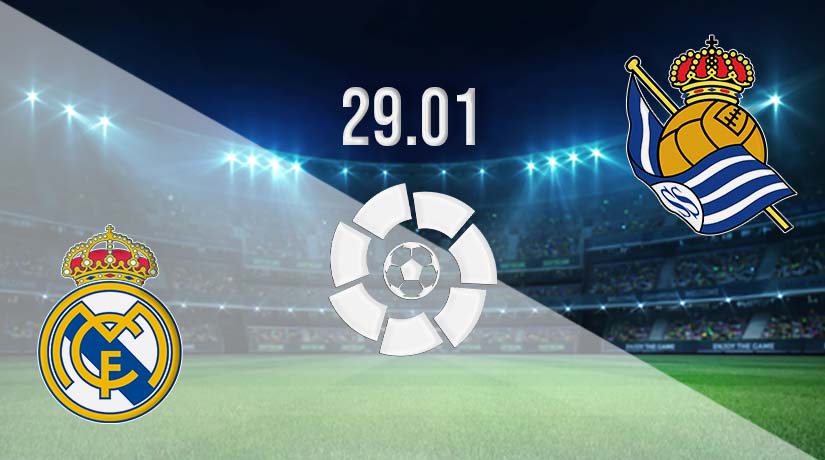 The highlight of the week is fast approaching, and football fans have another hectic few days ahead. There’s action from the FA Cup in England, German Bundesliga, Italian Serie A, and the French Ligue 1. Regular readers of this site already know our team of football writers cover the biggest and best games of the day, and you’ll find this weekend’s previews and predictions with us. All well-researched, professional, and free articles on football fixtures from across Europe that caught our eye. For this article, we’re off to Spain, where the La Liga champions are in action.

Real Madrid hosts Real Sociedad from 20:00 GMT on Sunday. This is the week’s main attraction and will be played out before a capacity crowd in Madrid, with millions more armchair fans worldwide following the play live on television. Madrid is hoping to make their home advantage count to secure a crucial three points than could help get their season back on track after falling behind Barcelona. Real Sociedad won’t have any sympathy for their hosts as they search for the win needed to join Real on 41 points in second place.

Which team will come out on top on Sunday, clinching all three points and creating a three-horse race for the top prize in Spanish football? Blancos did the double over this weekend’s opponents last season, beating them 2-0 on the road before easing to a 4-1 win at this venue last March. Unbeaten in their previous five games against Sociedad – three wins and two draws – you’ll find Real Madrid as the pre-game favourites with many Spanish football experts. But games from this league rarely go to plan.

Real Madrid started the week sitting second in La Liga, despite being the current league champions of Spain and quickly moving into pole position as they bid for two titles on the bounce. But their campaign hasn’t gone according to plan since they returned to action following the winter World Cup in Qatar. Barcelona has removed them from the top of the league, with FCB back playing like their old selves, scoring goals, winning matches, and picking points. Barca is now the team to beat on 44 points, giving them a slight cushion over the champions.

Real Madrid opened the week with their stats showing 13 wins, two draws, and a pair of defeats, with 38 goals scored and 16 conceded. When we take a closer look at that form and figures, it’s clear where Madrid’s problems lie this season. They are leaking goals at an alarming rate and have conceded ten more than Barca and the same number of Mallorca who can be found down in 10th in the league. Despite a defensive record that’s woeful by Madrid’s standards, they are the league’s highest scorers this term. That firepower has kept them in the fight so far.

The home team prepares for this match, losing two of their last five outings at this level, but they have managed to win the remaining three. Nine points claimed from a possible 15 isn’t ideal, allowing Barcelona to close the gap and move clear thanks to 13 points in the same period. Madrid was in winning form last weekend when recovering from defeat to beat Athletic Bilbao on their travels. That match ended 2-0 in Blancos’ favour with the goals scored by Benzema and Kroos. The game was a little more competitive than the bare result suggests, with Real scoring its second goal with 90 minutes on the clock.

Sociedad is hoping to spoil the show

Real Sociedad knows it’s never a good time to visit the home of the champions but understands their hosts are low on confidence and under increasing pressure. If they could get a result in Madrid, it would cause more problems for Real, upsetting the fans as their team slipped further off the top spot. Sociedad may be the underdogs for this game – which is to be expected – but they arrive on a solid run of form and will believe they have a great chance of scoring a shock away win. But do the players have the character needed to get a result here?

Sociedad started the week sitting third in the league table with a dozen wins, two draws, and four defeats. They scored 28 goals, ten fewer than their opponents, and conceded 18 in their first 18 games. That’s two more goals leaked than Real Madrid, and we have already spoken of their poor form at the back. Sociedad’s defence will be tested to breaking point by the La Liga’s highest scorers playing at home and backed by its supporters. A battling performance is needed from all team members, but those defensive problems will be the main concern for the visiting support.

Sociedad is preparing for this away day on a stunning run of wins and has collected 15 points from their last five outings. They were last seen in action beating Rayo Vallecano 2-0 away from home, with the goals in that game scored by Sorloth and Barrenetxea. That match was done and dusted inside the opening 45 minutes, allowing Sociedad to take its foot off the gas and protect its lead with a view to reserving energy for this game.

Real Madrid may be under pressure and about to face the league’s form team, but there will be no signs of panic in the home dressing room. That free-scoring attack will fancy themselves good enough to shoot down a Sociedad defence that has been conceding plenty, despite the team’s winning run. The winner of this match will be the one with the better and stronger defence.

The pre-match betting odds available at 22bet has Real Madrid priced at 1.656 for the win, with Real Sociedad trading at 5.15. The draw can be backed at 3.9.

Make sure to bet on Real Madrid v Real Sociedad with 22Bet!