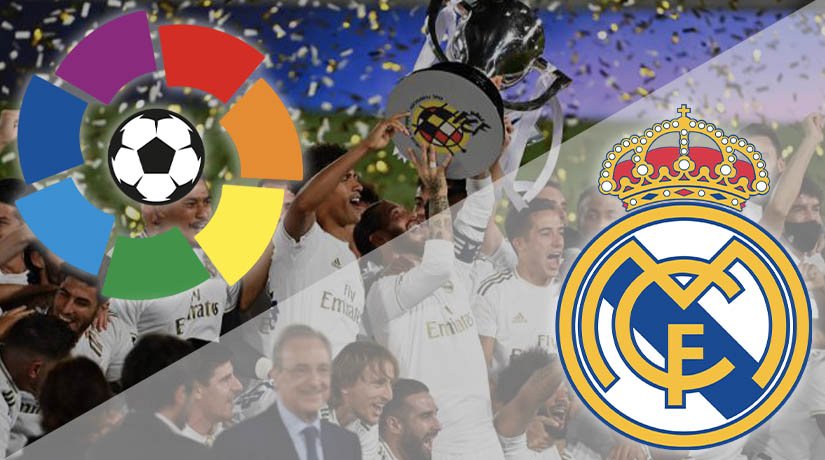 There may still be a round of games to go in Spanish football, but the fate of the La Liga title has already been decided. After a two-year hiatus, Real Madrid triumphed once again. This is the 34th time the club has been crowned La Liga champions.

Real Madrid secured the title in the 37th round of play by defeating Villarreal 2-1. Up until yesterday, second-place Barcelona still had theoretical chances of stealing the trophy from them. Madrid was ahead of them by four points. It was in Real’s hands to secure the title or lose it. Zinedine Zidane’s squad chose the former option and was ready for everything that needed to be done tonight against Villarreal.

Real had a great advantage from the first minutes. On the 29th minute, Karim Benzema scored after a beautiful corner kick from Luka Modric that placed the ball right at Benzema’s feet. Although Madrid was in full control of the ball during the first half, they were not able to create many other particularly dangerous moments.

The second half of the game was more eventful. On the 77th minute, Real Captain Sergio Ramos fell on the Villarreal penalty area after contact. After watching through the video replay, the referee awarded Real a penalty kick. Benzema capitalized on this decision and doubled Madrid’s lead.

Just six minutes later, Villareal’s Vicente Iborra retaliated and made the score 2-1. The visitors kept the pressure up but ultimately failed to equalize the score. Real won the match and secured the championship.

This is Real’s 34th Spanish title, which is an all-time La Liga record. Barcelona comes in a distant second, but as fans of the Catalonians will tell you, the club won the title six times in the last ten years, while Real only did so thrice.