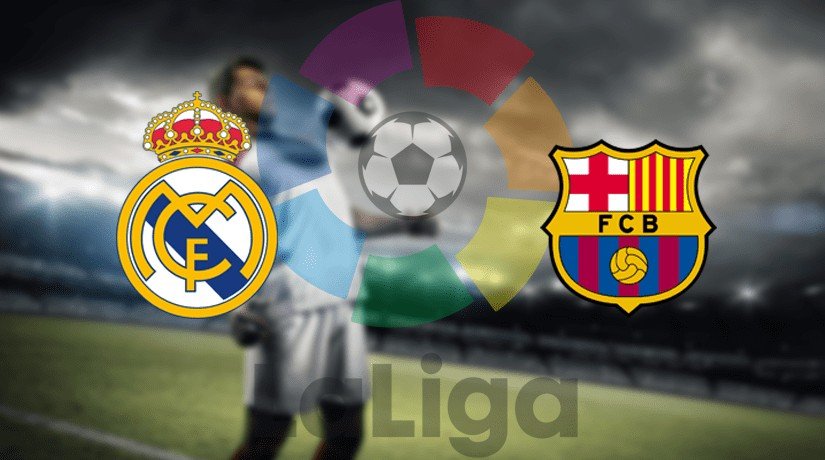 The biggest spectacle in European football is upon and two giants have it all to play for in the biggest El Clasico in years that could easily be the decider for the La Liga champion this season.

A single look at the league table tells the story – Barcelona have 55 points, just two ahead of Real Madrid. However, it could’ve been a lot different. Los Blancos had it all in their hands – three-point advantage at the top two matches ahead of the big clash.

But, Zinedine Zidane made some mistakes in the process. He decided to start Gareth Bale and Marcelo, with both of them being out of form this season. On top of all that,  he started Eden Hazard who just returned from a long-term injury.

The end product was a 2-2 draw to Celta Vigo, allowing Barca to catch up with them on top. The following week saw the Madrid side travel to Valencia to face Levante. A poor performance overall saw them suffer a 1-0 defeat after Morales’ stunning match-winner.

An opportunity to bounce back arrived against Manchester City against Real Madrid. But, Santiago Bernabeu couldn’t carry the team to a positive result as Los Blancos suffered a 2-1 defeat to Kevin de Bruyne’s City.

These events shook Zidane’s team to the core, and now the morale is very low. Big decisions are ahead of the manager, but they will most probably line up in a 4-5-1 formation. Luka Modric, Toni Kroos, Federico Valverde, Casemiro, and Isco are all expected to start with Karim Benzema in front of them.

However, their opponents are coming in strong.

So many hilarious and shocking events happened in Barcelona in 2020. The biggest one was the managerial change, but scandals just keep coming for Blaugrana.

And yet, they overtook the top of the table.

Lionel Messi is still the name of the game

A reason? Lionel Messi, of course. The Argentinian is still dominating La Liga and he’s now the top scorer and assister in Spain. Four goals last week against Eibar ended his goalscoring drought of four matches without finding the net.

The Napoli 1-1 draw away from home is considered a success, but the Catalans will receive some more boost in the domestic competition. Martin Braithwaite made a brilliant cameo last week, and the team is optimistic about the Dane helping them in El Clasico. He’s a hard worker willing to run into space and open up the pitch for others.

The squad in itself is pretty thin, too. Barca only have two full-backs fully fit, one on either side in Junior Firpo on the left, and Semedo on the right and they’re both expected to start. Gerard Pique should be in the heart of the defense paired up with either Umtiti or Lenglet.

Frenkie de Jong, Arthur, and Busquets are the most likely trio in the middle, with Messi, Griezmann and either Ansu Fati or Braithwaite joining them.

The last clash between these two sides ended 0-0 for the first time since 2002, which simply couldn’t have been foreseen in our prediction. However, it’s almost certain that it won’t be the case this time around, but Barca are traditionally the better team at the Bernabeu, especially given the confidence boost from taking over the top of La Liga.

Make sure to bet on Real Madrid vs Barcelona with 22Bet!