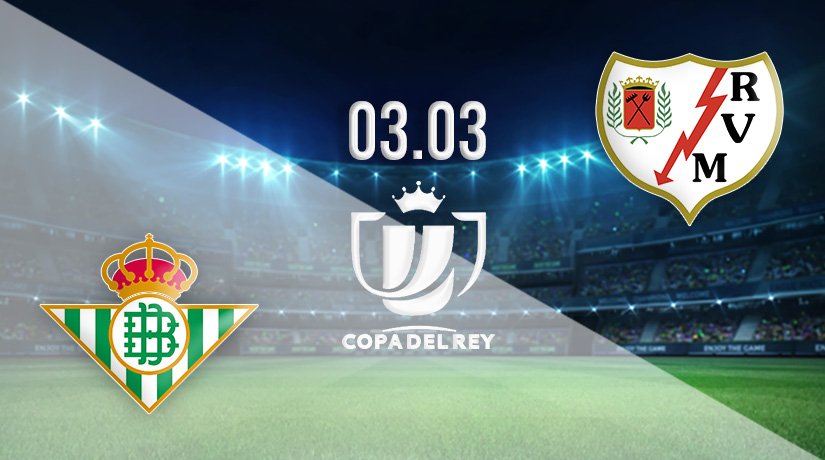 Just four teams are left standing in the Copa del Rey this season. One of the most interesting ties to be played this week will see Real Betis have home advantage in their second leg against Rayo Vallecano. But, which of the sides will progress to the final?

It is crunch week in the Copa del Rey this week, as the two sides that will be playing in the final this season will be decided. It is firmly advantage Betis ahead of the second leg this week, as they claimed victory in the first meeting between the sides at the start of February.

The sides played out a very intriguing first leg back on February 9th, with both having more than enough chances to take the lead into the second meeting. However, it was Betis that claimed the advantage, as they won 2-1 on the road. Vallecano got off to a perfect start in the fixture, as Alvaro Garcia Rivera opened the scoring after five minutes.

However, despite having countless opportunities throughout the game to extend their advantage, they were made to pay. Betis equalised 20 minutes before the half time break, as Borja Iglesias put Betis back on terms. Vallecano were really made to rue missed chances with 20 minutes remaining, as William Carvalho scored what could be the crucial goal in the tie.

This is only the second time that Vallecano have reached the semi-final stage of the competition, with their previous appearance coming back in the 1981-82 season. They will be looking for a historic performance in the second leg of the competition this week, but the cards are certainly stacked against them against a talented Betis side.

Rayo Vallecano won back-to-back away games against Betis in 2011 and 2012. However, since then, they are winless in their previous four visits. Their last game on the road against Betis came in October, as they were beaten 3-2 in one of the best games in La Liga this season. They last beat Betis in this competition in 2020.

The first goal in this tie will be crucial this week. However, it is extremely hard to see past Betis making it through to the final, as they have an experienced squad that will be prepared for this situation.

Make sure to bet on Real Betis vs Vallecano with 22Bet!