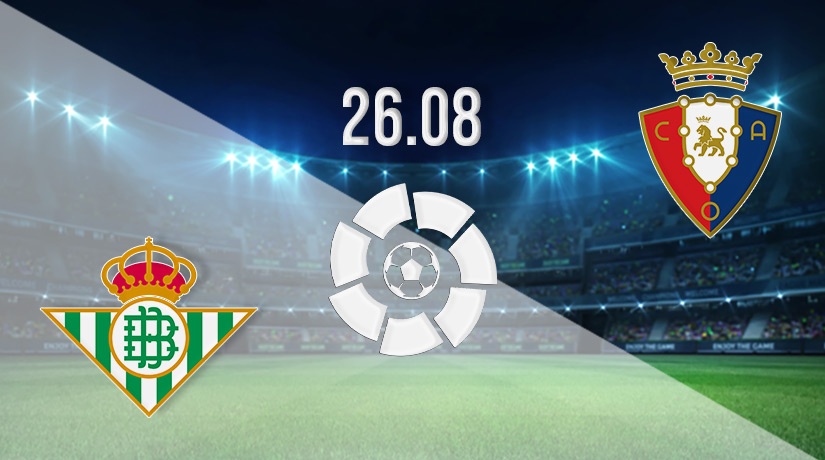 It has been an excellent start to the new season for both Real Betis and Osasuna, but one of their perfect records will come to an end in the first game of the La Liga weekend on Friday.

Real Betis and Osasuna are likely to be delighted with the start that they have made to the new season. Both Spanish sides find themselves in the top four coming into this weekend, as both have won both of their opening games of the new campaign.

After a comprehensive 3-0 win to open the season against Elche, Betis played their first game on the road last weekend against Mallorca. It was a tougher test than their opening game of the campaign, as they needed a penalty after 73 minutes to wrap up the win. Both goals in the victory were scored by Borja Iglesias.

Osasuna are just a place behind Betis coming into this fixture, but they have also won both of their opening fixtures to the season. They opened their account with a 2-1 home victory against Sevilla, before impressing again on the second weekend of the campaign against Cadiz.

Both of the Osasuna goals in the win last weekend were scored from the penalty spot, with Ezequiel Avila opening the scoring in the 37th minute. The win was confirmed with just over ten minutes remaining, as Kike Garcia scored the second penalty that Osasuna were awarded.

The head-to-head record doesn’t make for pleasant reading for Osasuna, but their form at the start of this season at least gives them a chance of changing that. However, the preference remains for Betis, who have found an attacking outlet that was missing last term, and we could see them making it three wins from three on Friday.

Make sure to bet on Real Betis vs Osasuna with 22Bet!