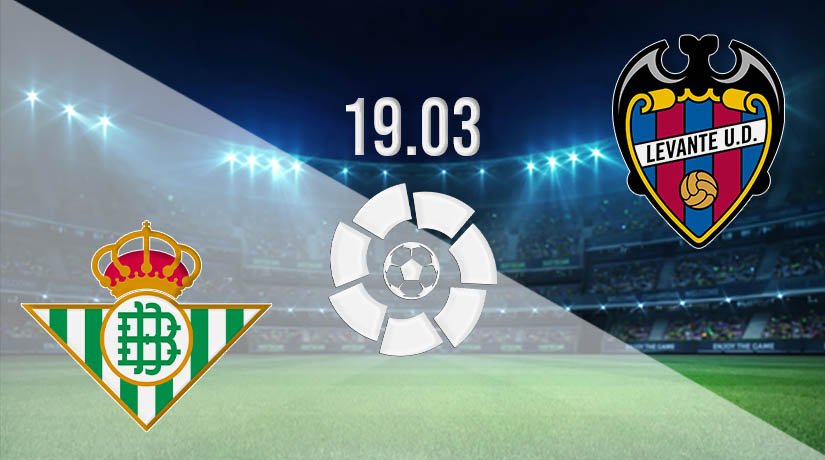 Real Betis are still in the race to finish in a Europa League spot this season, but they will be hoping to get back to winning ways after being beaten last time out. Meanwhile, Levante will be looking for a second straight La Liga win.

Real Betis are still in a very strong position to finish in a Europa League place in Spain’s La Liga this season, but they will be wary of the difference between themselves and Villarreal. The latter of the teams are just two points behind Betis, while a win for the hosts this weekend would put them level on points with Real Sociedad, who currently occupy fifth place in the league standings. Betis would have been disappointed to come away from their last La Liga fixture with nothing, as they were narrowly beaten 1-0 on the road by Sevilla. The win for Sevilla meant that they furthered the gap between Betis and the Champions League places, which means that realistically their chances of a top-four finish this season are effectively over. Betis would have considered themselves unlucky not to have come away from that game with at least a point, as they created a number of clear openings.

Levante are one of the sides trying to close the gap on the Europa League places, which means that this game on Friday night will be a must-win fixture for them. They are currently seven points away from Betis, and should that gap open up to ten points, then their chances of finishing in a European place would be unlikely. Levante come into this game having won most recently against Valencia. Roger Marti scored the winner for Levante in that game, but they were made to work hard to claim the three points against the La Liga strugglers.

Levante will be confident coming into this clash, as they have won four of the last five against Betis. Furthermore, Levante have won the last two against Betis, which includes the 4-3 success that they claimed against their rivals earlier in the season.

Levante’s excellent record against Betis will count for something when the two rivals meet this weekend. That strong record means that we would recommend the draw for sports bettors for this fixture.

Make sure to bet on Real Betis vs Levante with 22Bet!