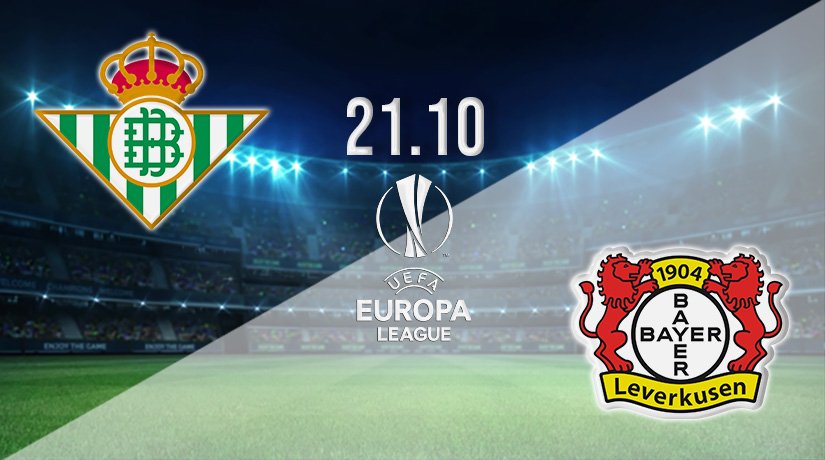 The two sides with perfect records in Group G of the Europa League meet in a pulsating clash on Thursday evening. The winners in this fixture will sense that their job in reaching the next round is almost complete, but which side will take the points?

There is very little to separate Real Betis and Bayer Leverkusen coming into this fixture in the Europa League on Thursday evening. Both sides have collected maximum points from the two games that they have played to this point, and both will be looking to maintain that perfect start to the group stage.

Bayer Leverkusen are the side with their noses just about ahead coming into this captivating third round of fixtures. The German giants have scored six goals in the two games that they have played, averaging three goals per game in the competition this season. They have conceded on just one occasion.

Leverkusen maintained their excellent start to the Europa League with an emphatic win on matchday two at Celtic Park, as the beat the Scottish giants 4-0. There were four different scorers in that win, with Piero Hincapie, Lucas Alario, Amine Adli and Florian Wirtz all scoring in the win.

Betis look to be in a strong position to take either first or second in the group this season, as they also have a perfect record after two rounds of fixtures. The Spanish side have scored seven times, but have conceded on four occasions so far.

They claimed a second straight win on matchday two, as they beat Ferencvaros 3-1 away from home. Nabil Fekir opened the scoring, while Cristian Tello made sure of the win in the fifth minute of injury time at the end of the game.

These two sides from Germany and Spain have never previously met in any of the major European competitions. In fact, this is the first time that Betis have come up against a German side since the 1995-96 season. Leverkusen have claimed just three victories in 19 on the road against Spanish club sides.

Betis showed signs of defensive improvement in their last outing. However, that will be put to the test in this match. Leverkusen are the most complete team in this group, and we would fancy their chances of maintaining their perfect record on the road against Betis.

Make sure to bet on Real Betis vs Bayer Leverkusen with 22Bet!