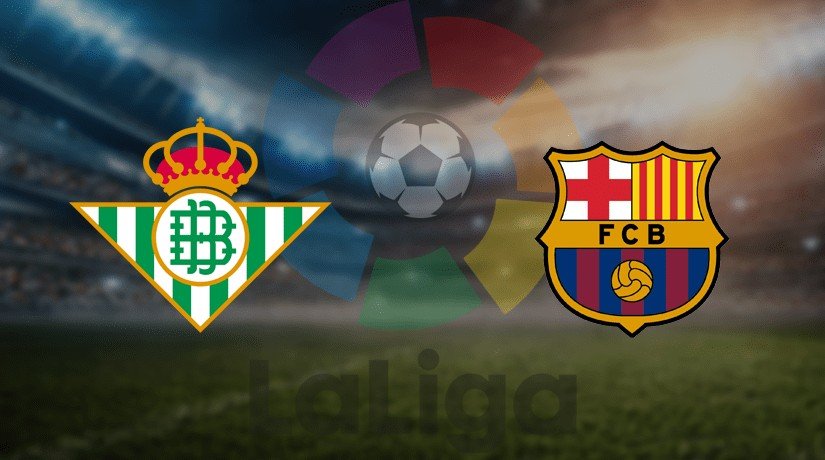 Barcelona’s campaign this year under Quique Setien has not been satisfactory yet. The current team of El Barca seems to be entangled in the issue of Messi dependence again, plus the rather weak defensive side. Fortunately, they have Marc Andre-Ter Stegen whose form is still quite impressive.

This weekend, Lionel Messi and Co will be visiting Real Betis’ home turf in Sevilla. This clash is inevitably a reunion for some figures in both sides, the manager himself, who was once leading Betis to the top ten of the table, and Cristian Tello, Marc Batra and the most current one, Carles Alena. They all were the product of La Masia.

Real Betis were held in 1-1 daw by Eibar last week. Rubi’s men were taking the lead by Nabil Fekir’s strike from the long-range. However, they were eventually equalized by Fabio Orellana’s penalty.

Meanwhile, Barcelona were back on track after sealing three points at home while hosting Levante. They won 2-1 by Ansu Fati’s brace which taking advantage of Messi’s double assists. Marc Ter-Stegen once again played well by denying a number of chances of the visitor’s side. They finally managed to score a consolation goal by Ruben Vezo.

During their campaign this season, Rubi opts for 4-1-4-1 formation. He tends to count on a lone striker, Loren Moron or Borja Iglesias, supported by Christian Tello, Nabil Fekir who play wide and Sergio Canales plus former Barcelona midfielder, Carles Alena.

As for Quique Setien, his preference on 3-1-4-2 does not Improve their form yet. Thus, he returns to the typical Barcelona’s formation, 4-3-3. With no Luis Suarez in the squad, he is likely to opt for Ansu Fati to accompany Lionel Messi and Antoine Griezmann at the front.

In Real Betis squad this season, their top performers are Nabil Fekir with five goals and one assist, the former Barcelona and Dortmund defender, Marc Batra with two goals and one assist and wing-back Emerson with three goals and five assists. Another notable one is Loren Moron the current top scorer of the team.

In Blaugrana, Messi dependencia still shrouds in the air. The Messiah is the current club’s top scorer this season with fourteen goals as well as the provider of the top assist with eight goals. Yet, a new hope rises as Ansu Fati slowly becomes apart of their regular line up due to Luis Suarez’s absence. He has scored four goals and provided one assist in his season debut.

Joaquin and Co’s form has been inconsistent lately. However, they have been slightly better while playing at home. On the other hand, Quique Setien’s men on the away fixtures have not been convincing either. Antoine Griezmann and Lionel Messi have not been able to sync each other. The hope lies on Ansu Fati again. Yet, the best possible result for them is a draw, unless Messi and Griezmann could already find the same wavelength.

Despite the possibly tight match, Barcelona is still regarded as the slight favorite. Their odds to win are at 1.77 whereas the draw result is at 3.80 Rubi’s men are priced to win at 4.40.

Make sure to bet on Real Betis vs Barcelona with 22Bet!