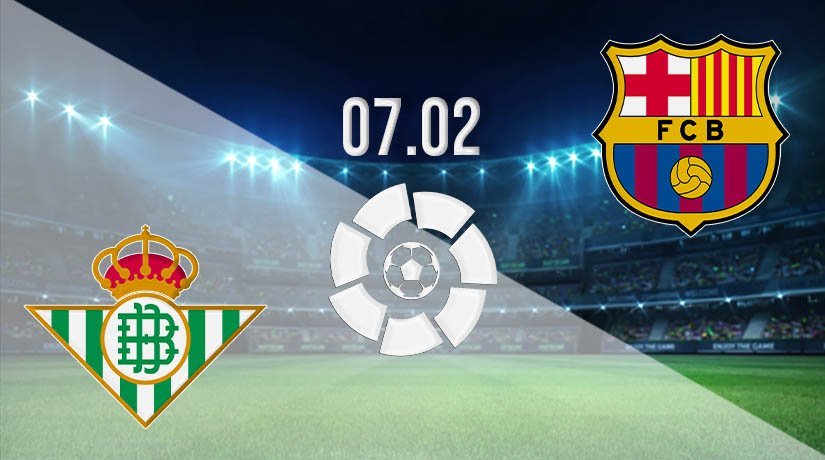 Barcelona will be looking to continue their excellent recent run of form this weekend, as they make the trip to Real Betis. Can Ronald Koeman’s side win for the sixth straight game in La Liga?

The pressure remains firmly on Ronald Koeman at the halfway stage of the La Liga season, but he has done a decent job of steadying the ship over recent weeks. Barcelona enjoyed a fantastic January, as they won all five La Liga games that they played, but the ten-point gap between themselves and Atletico Madrid remains a sizeable one. It remains hugely unlikely that they will be able to get anywhere near the league leaders between now and the end of the season, but Koeman will be hoping that the improved performances that they have been showing will be enough to secure his long-term future as the Barcelona boss. Barcelona’s last win in the league came last weekend, as they beat Athletic Bilbao 2-1. Lionel Messi scored the first goal in the win, before Antoine Griezmann wrapped up the three points at the Nou Camp in the 74th minute.

Real Betis look to be in a strong position to challenge for a European spot in the second half of the season, as they are just two points away from the Europa League places coming into this round of games. They have been excellent in their last five games, as they have avoided defeat, and have picked up wins in three of the games that they have played. Last weekend they showed their character, as they picked up a hard-fought 1-0 win at home to Osasuna. Borja Iglesias scored the winning goal in that contest ten minutes from time.

Betis haven’t beaten Barcelona at home since March 2008 when they picked up a 3-2 win. The Catalonian side have won the last four against their opponents this weekend, with the match earlier in the season being won 5-2 by Barcelona. Barcelona won 3-2 on their last visit to Betis.

Betis have been in decent form over recent weeks, but Barcelona are in a really good patch of form at present. It would be a sensible bet to pick them to win a sixth straight game in La Liga this weekend.

Make sure to bet on Real Betis vs Barcelona with 22Bet!