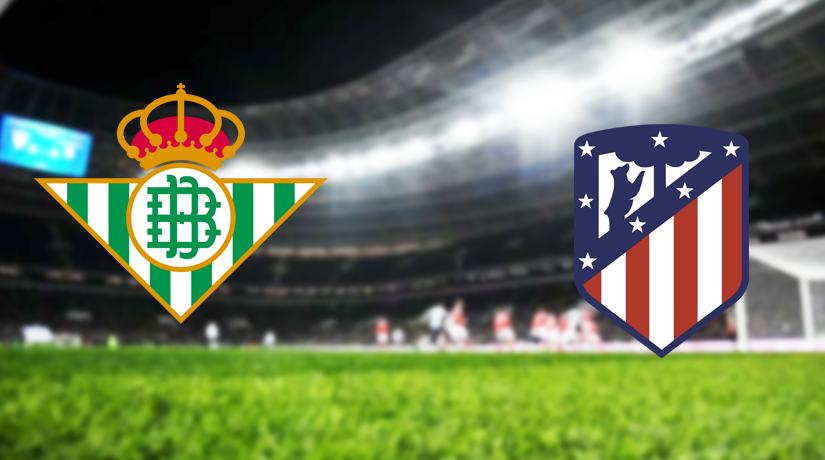 Atletico Madrid’s form this season is quite disappointing compared to the previous seasons. They are even sitting outside the Champions League zone, or on the fifth of the table. Diego Simeone’s decision in selling Rodri, Diego Godin, Antoine Griezmann plus Joao Felix’s unsatisfactory performance so far seems to be giving the impact of Los Choconeros’s overall campaign, both in La Liga and Champions League this season. This weekend, they will have to visit Sevilla to take on Real Betis, which has been in their positive trend lately. This will certainly be a tight clash.

Betis’s series of winning in the past three matches had to end while visiting Espanyol home turf last week. They were held in a 2-2 draw. Borja Iglesias managed to take the lead first, yet the host could turn things around by Sergi Darder and Bernado Espinosa’s goals. Fortunately, the former Barcelona and Dortmund defender, Marc Bartra saved them from the potential loss.

Meanwhile, Simeone’s men trashed Osasuna last week in Wanda Metropolitano by two goals to nil. Alvaro Morata and Saul Niguez netted the winning goals in front of their home fans. However, such victory has not brought them to a better position on the standings.

This season, Real Betis under Joan Francesc Ferrer tends to deploy 4-1-4-1 formation. He mainly relies on either Loren Moron or Borja Iglesias as the lone striker supported by the wingers, Nabil Fekir and Joaquin Sanchez. Such a tactical approach has been working quite well so far.

Diego Simeone actually has attempted various formations to maximize the current squad potentials from 3-4-2-1 or 4-3-1-2. Yet, eventually, he returns to opt for his favorite 4-4-2 with a pragmatic approach. Unfortunately, their current frontmen have been unconvincing apart from Alvaro Morata. The supposedly wonder boy Joao Felix only manages to score two goals so far plus one assist. Diego Costa and Angel Correa are not so much different. This will be Simeone’s main concern this season.

In Ferrer’s men, the current top performers are Nabil Fekir and the senior winger Joaquin Sanchez. The former has scored four goals while the latter one who is already 38 years of age, surprisingly has netted six goals, including a hat-trick against Athletic Bilbao a few weeks ago.

Los Rojiblancos supposedly have better squad than their contender. Their most notable figures are Alvaro Morata, the current top scorer of the club with his six goals and one assist, Saul Niguez. Another notable one is the top assist provider, the Argentine Angel Correa with four assists plus one goal.

The match is expected to be even, due to the unconvincing form of Saul Niguez and Co. The host will have to break the famous layered wall of their defense. A draw seems to be a fair result for this game.

The match may be considered to be even but the punters backed the host to win at 3/1, which is much higher than the visitor’s side. They are only projected to win at 11/10, whereas the odd for draw result is at 12/5.