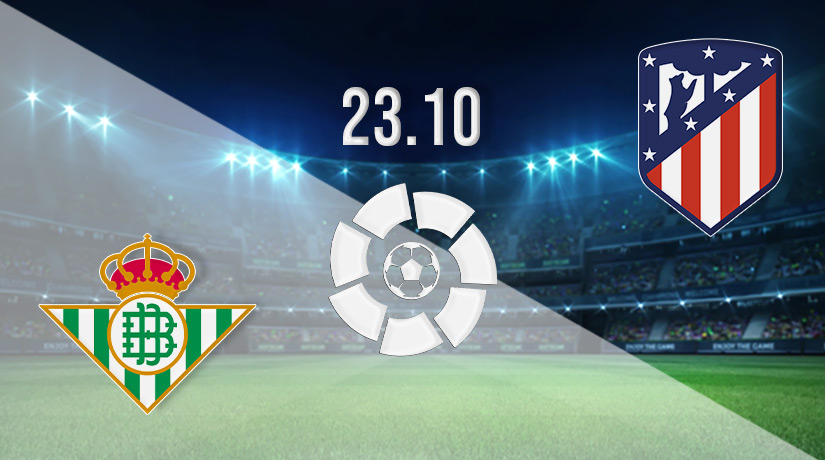 Two teams in the hunt for Champions League places in La Liga this term clash on Sunday afternoon. Both Atletico Madrid and Real Betis played out draws in their most recent fixtures, which means both will be looking for a return to winning ways.

Atletico Madrid will be aware that they face a fight to secure a Champions League finish in La Liga this season, as the Spanish giants are locked on 20 points, and sit level on points with two other sides in the league, which includes Real Betis. Meanwhile, they are just two points ahead of sixth-placed Athletic Bilbao.

Atletico has picked up six wins from their opening ten fixtures to the season, but they have already been beaten on two occasions this term. However, they come into this fixture having gone four without a defeat. Their positive momentum was halted slightly in their previous fixture, as they could only play out a 1-1 draw against Rayo Vallecano. Alvaro Morata scored the opening goal in the game, but they were denied maximum points as former player Radamel Falcao converted a penalty in the 92nd minute.

Betis looked extremely lacklustre in their latest fixture, as they struggled to find a way through against Cadiz. They managed just three shots on target in that fixture, as they were held by a team with one of the worst defensive records in La Liga.

Atletico holds a clear advantage in the recent matches between these two sides, as they are unbeaten in six. During that run, Atletico has picked up four wins, which includes a 3-1 success in this exact fixture last season. The last win for Betis in this fixture was a 1-0 success in February 2019.

Betis are looking extremely goal shy at present, and that doesn’t bode well for their chances this weekend. Atletico’s dominant record against Betis is the key trend, and we could see the visitors claiming a 1-0 win.