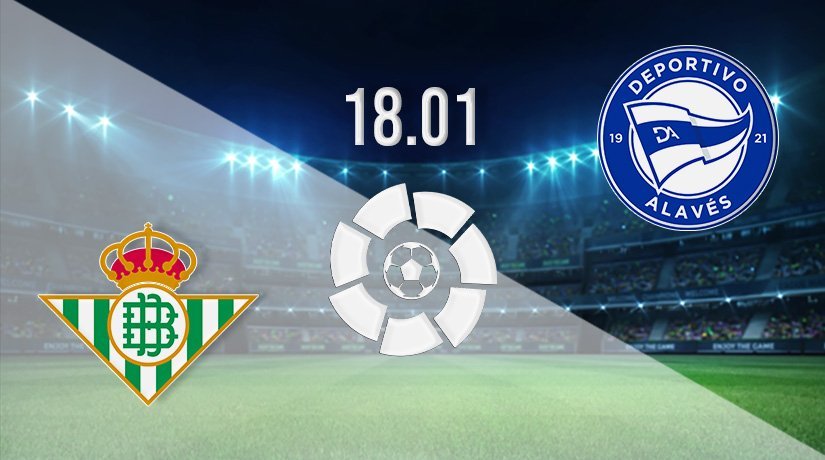 Real Betis are back in La Liga action on Tuesday night, as they look to end a three-game wait for a victory. Alaves are the visitors to the Benito Villamarin Stadium, as they look for an upturn in their fortunes after having gone five without a win.

Real Betis are still firmly in the race for a Champions League place in La Liga this season, but they will need to end their recent run of form to improve their chances. Betis haven’t won in their previous three games, and have lost twice during that run. However, they certainly would have taken confidence from their Copa del Rey victory at the weekend, as they knocked out Sevilla.

Betis were excellent on Sunday as they knocked out their Champions League rivals. Sevilla took the lead ten minutes before the break, but Betis struck back just four minutes later through Nabil Fekir.

Sergio Canales was eventually the match winner in the second half, as he scored the second for Betis after 73 minutes. However, a return to good league form will be the aim for Manuel Pellegrini and his side this week.

Alaves are towards the opposite end of the standings, as they face a difficult second half of the season as they look to get out of the relegation places in La Liga. They haven’t won in five league games, and are one point from safety coming into a big couple of weeks for the club.

Betis have won their last three games against Alaves in La Liga. They have scored five goals in those three wins, and have conceded just twice. Alaves have beaten Betis just once in the previous eight meetings between the sides, with that win coming in July 2020.

Alaves are in very disappointing form at present, and this will be a difficult task against a Betis side that looked full of confidence against Sevilla. The preference is for a comfortable victory for the hosts on Tuesday night, as we expect them to claim a 2-0 victory.

Make sure to bet on Real Betis vs Alaves with 22Bet!