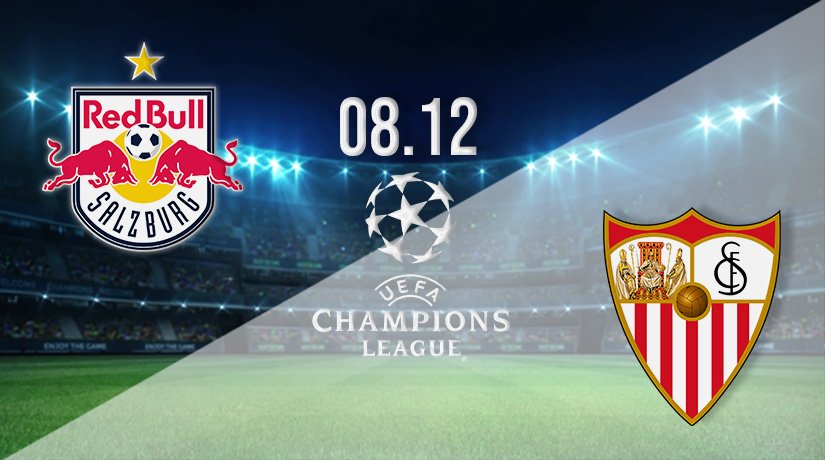 The most competitive Champions League group this season will reach its conclusion on Wednesday evening, as all four teams in Group G battle for the top two spots in the group. RB Salzburg currently have an advantage over Sevilla in the battle, but they will likely need one more win to finish in the top two spots.

Everything is still to play for in Group G, as the top two spots in the group are yet to be decided. Lille and Salzburg currently occupy the top two spots, but both Wolfsburg and Sevilla could yet steal the places on the final matchday. Salzburg started the quickest of all the teams involved, and have won two of the five games that they have played. However, defeats against Lille and Wolfsburg mean that they will need a positive result on matchday six against Sevilla to make it through.

A victory would seal their place in the knockout rounds of the Champions League, while a draw could also be enough. However, if they pick up a draw, then they will need Lille to beat Wolfsburg in their matchday six showdown. Salzburg were beaten by Lille in their last Champions League fixture.

Seville are still the favourites to finish at the top of the Group G standings, despite currently sitting in third place in the group. The Spanish side have picked up six points from a possible 15 to this point, and have won on just one occasion.

That victory came in their last Champions League outings, which was a must win fixture against Bundesliga side Wolfsburg at home. They managed to get over the line with a 2-0 victory. Joan Jordan scored the opening goal after 12 minutes, before the victory was wrapped up in the seventh minute of injury time by Rafa Mir.

Sevilla and Salzburg have met in European competition on three previous occasions. Salzburg are yet to record a win in this fixture, but did avoid defeat for the first time as a 1-1 draw was played out between the sides in Spain earlier in the campaign. Seville have won two of the three meetings.

It would be extremely harsh on Salzburg to miss out on qualification to the knockout rounds this season, as they have been a standout side. However, we can see the most likely result from this game being a draw.

Make sure to bet on RB Salzburg vs Sevilla with 22Bet!